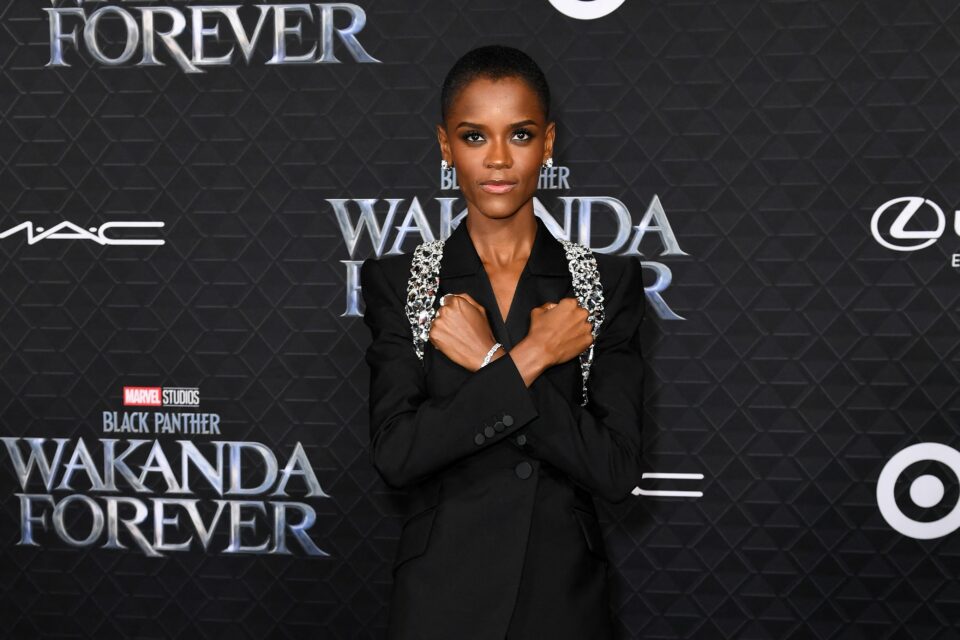 Letitia Wright is tired of taking the high road and decided to clap back at one media outlet she believes has a “personal vendetta” against her.

The Black Panther star took to Instagram on Monday to blast The Hollywood Reporter (THR) for releasing an article that grouped her and other actors with “personal baggage” that could impact their chances at the Academy Awards. Along with Wright, the article called out Will Smith, who smacked Chris Rock at the Oscars, and Brad Pitt, who was accused of assaulting his ex-wife Angelina Jolie.

The article delved into how Wright, Smith, and Pitt “bring varying controversies to the campaign trail,” similar to Roman Polanski, who pleaded guilty to statutory rape and avoided punishment, and accused child molester Woody Allen.

For Wright, Huff Post reports that she faced criticism in December 2020 after promoting anti-vaccination sentiments. Wright is also the talk of the town in the wake of her leading role in Black Panther: Wakanda Forever.

Back in high demand and in the wake of her anti-vax statements, Wright thinks THR deemed her suitable for their list of Oscars contenders with “personal baggage.” But the actress had enough of the outlet’s “vile” targeting of her and let them have it on her Instagram Story.

“This is vile behavior,” Wright wrote over a screenshot of the article. “At this point [is] a personal vendetta towards me.”

“I’ve done nothing wrong but respectfully refused to do interviews with this publication. Stop your nonsense.”

“I apologised TWO years ago,” she added.

“Remained silent on the topic. You lied and said I continued talking about it with my cast & crew on my set. THIS WAS NOT TRUE. ASK MY PRODUCER AND DIRECTOR.”

“The film was successful,” Wright said.

“Your agenda towards me is now even more clear. I won’t remain silent. Stop your disgusting behavior.”

She sent a second post aimed directly at the article’s author, Scott Feinberg.

“Did my performance rattle you that much?” she wrote.

Black Panther: Wakanda Forever has grossed more than $500 million and counting since its Nov. 11 release.