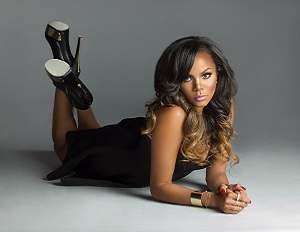 Singer/actress LeToya Luckett has been one busy lady lately and she’s showing no signs of slowing down.

Blossoming from her Destiny’s Child days to a successful solo artist and actress, the Houston native has built a respectable rÃ©sumÃ© for herself in both the music and acting space. Now, with years of experience in the entertainment business, Luckett is continuing to expand her brand and audience.

In addition to her starring role in TV One’s upcoming series Here We Go Again set to premiere February 9, the 34-year-old is flossing her acting chops as the lead character in the recently released film Lucky Girl alongside Serayah McNeill, Malik Yoba, Columbus Short, and more. Playing a soon-to-be-bride name Selena, Luckett finds herself having second thoughts about her upcoming wedding after realizing she may not fully be over her ex.

In an interview with BlackEnterprise.com, Luckett explains her attraction to the character Selena, her plans for making new music, and the career impact social media can have on rising artists.

BlackEnterprise.com: What drew you to the character Selena?
Luckett: It’s a different character for me to play. She’s a little delusional in the film and I think that’s interesting. I like that the film was about getting over your past and shedding things from the past and being ready to start new. Selena is having a hard time letting go of the old relationship with her boyfriend and it’s time for her to move on and get married. I think people can walk away with a lot after watching this film. It’s different, has a great plot to it, and a lot of funny characters. It’s a great love story, too.

Are there certain things you look for in a project before saying ‘yes’?
Definitely. I look at the producers, the director, the writing, and if it is something I played already. I go through a lot before I say ‘yes.’

You have a lot going on with Single Ladies, your upcoming TV One series, and new films. What has been your key to balancing it all in an industry where people are constantly fighting for opportunities?
The thing I love about acting is I think art imitates life and I love living out different scenarios and situations. A lot of times people really go through this stuff and they can relate to the characters. I think because I love that part so much I get excited about different roles and that’s what keeps me going.

Can we expect any new music from you in 2016?
I’ll be releasing my first single off my third album in February. It will be released around the time Here We Go Again premieres. It’s been 5 years almost and I’m excited. I thank God for patient fans who enjoy my acting as well.

What career advice do you have for artists who are seeking to break into the entertainment space?
Keep going. I think that nowadays it’s different from when we were coming up because we didn’t have social media to get [our work] out there. I think artists now should take advantage of that. If it’s a song you just cooked up, put it on your page and people can find you. People are getting picked up off Instagram and booking films. I say if you want it, work hard for it, and if people don’t believe in you then they don’t need to be a part of your circle.

Lucky Girl was released Jan. 5 on BET Networks and is available for purchase at Walmart, Redbox, iTunes, and Amazon.

How Students Really Get Admitted to College