Letâ€™s Get Physics, Says No. 1 Producer of U.S. Physics Teachers 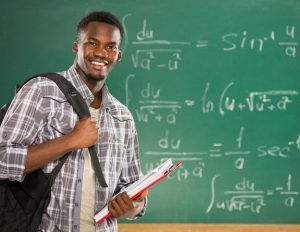 I haven’t had much exposure to learning physics. I remember, years ago, when my cousin Barry, a medical doctor, told me that if he had his studies to do over again, he wouldn’t study medicine–he’d study physics.

My son was a physics major for several years, but switched last year to computer science–and that’s the extent of my exposure to formal physics learning.

There’s a quiet revolution going on in New Jersey, which I’ve written about before. The New Jersey Center for Teaching & Learning is breaking down physics–a notoriously difficult, abstract subject–into digestible chunks, and, in the process, producing more physics teachers than anyone else in the country.

Now, with its online classes and international reach, the revolution isn’t as quiet as it once was. How do they do it?

“Almost any student can understand complex and ‘advanced’ concepts, if the path to understanding is broken out into small, comparatively easy steps, and each step is fully mastered before moving on to the next,â€ says Bob Goodman, executive director and 2006 New Jersey Teacher of the Year.

The CTL approach to physics is empowering non-physics teachers to teach the subject competently. About a third of the teachers are black or Hispanic, and about half are women–and they are succeeding.

Those schools also enjoyed higher passing rates of the AP Physics B exam.

In addition, last month CTL began a three-year project in 61 schools in Lesotho. The southern African country “will be adopting CTL’s science and mathematics course materials, pedagogy, and assessments for grades 8, 9, and 10,â€ says Goodman. “The implementation will be rolled out over three years, starting in grade eight, and then adding a new grade level each year, for three years. Of these schools, 24 schools, labeled by the ministry as ‘New Jersey’ schools, will have all the teachers directly trained by CTL staff in the content, and how to teach the content, of those science and mathematics courses.â€