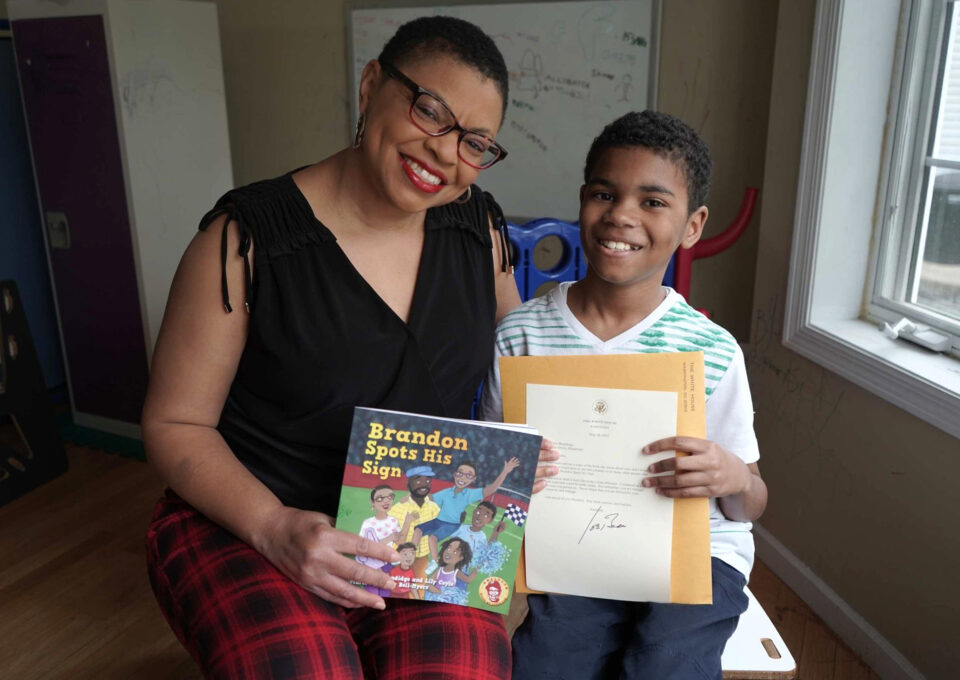 An 8-year-old Black boy with autism is encouraged to act fearlessly after he spotted a “Let’s Go, Brandon” sign during a spring-break trip to Houston in March.

But the message had already taken a life of its own, coming after an insulting chant directed at President Joe Biden during the 2021 NASCAR Xfinity Series season back in 2021, was misinterpreted.

To date, the viral chant has now been positively reclaimed by the Minnesota family of Brandon Brundidge. When Brundidge initially saw the signs, he believed they were to encourage him, and so his fear took a back seat. He began learning to swim and removing the training wheels from his bicycle.

His mother, Sheletta Brundidge, an Emmy Award-winning comedian, radio host, entrepreneur, and picture book author, was inspired by her son’s fearlessness after spotting the signs. She understood the phrase but decided to turn it into something affirmative.

“My son just came alive,” she recalled of her son, diagnosed at 3, per TODAY. “I looked at him, and he was so happy and smiling. And my other kids didn’t know what it meant either, so they started chanting, ‘Let’s go, Brandon!’

She wrote a children’s book, Brandon Spots His Sign, to continue her mission of encouraging and advocating for other parents who have special needs children.

In response, according to AP, Brown proudly adorned the hood of his Camaro for his Xfinity Series race Saturday at Road America with the cover of Brundidge’s book.

“To have this come through was like that breakthrough moment for us,” Brown said. “This can be positive. This can be good. It doesn’t have to be hateful or divisive.”

On Saturday, the Brundidges passed out copies of Brandon Spots His Sign at Road America.

“I’m sorry for what you went through all of this past year,” Sheletta Brundidge told Brown at the racing event.

“I know it’s been horrible. But I’m so glad it happened because this child would not have this breakthrough (otherwise). He still would be afraid to ride his bike without training wheels. He’s literally walking up to kids and passing out this book. He would have never done that (before).”