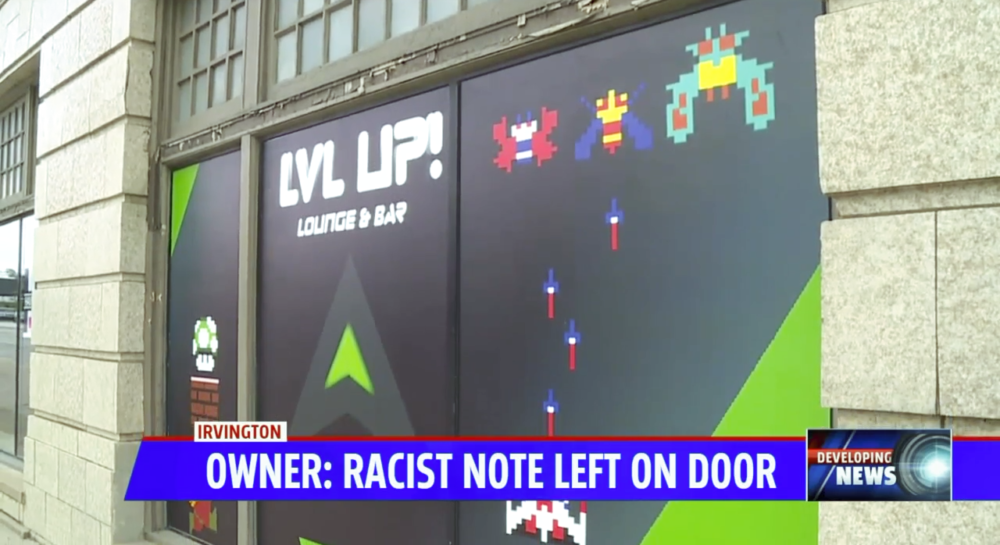 An Indiana business that hasn’t even opened up shop yet is being harassed simply because the owners are black. The owners of Level UP Gaming Lounge in Irvington, Indiana, told FOX 59 that an anonymous note was delivered to his business in June after a gaming event was held at the location.

“Close Shop! We don’t support black business owners!” the note read. Owner Sami Ali has already reported the incident to police. “I made a police report to document that people are doing hate crimes towards our business. Thank god it was just a note. No broken windows or anything,” Ali told FOX 59.

Ali, who grew up on the east side of Indianapolis and has put thousands of dollars into the gaming lounge, said he is making an investment in the neighborhood.

“A place to come in and meet people face to face and then the adults can sit there and enjoy a glass of wine. It bothers me that people still think that way but it is not going to stop me from doing what I want to do,” said Ali.

The note he said does not represent the support that he has received from other Irvington businesses who are upset and disappointed. Wolfe, who owns a coffee shop just across the street from Level UP, said the area is ready for the gaming lounge to open.

“Honestly, I was shocked. It sounds like something out of the 1960s. It is difficult enough to get people to come in and now for people to behave this way…that is just ridiculous,” Wolfe said.

Ali is remaining optimistic though. He said he is ready to open the doors even sooner.

“We got your note but we are not going to back down. We are going to push forward and maybe open up sooner,” said Ali.