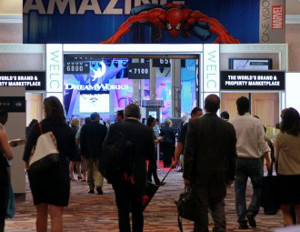 The report, which was released today at Licensing Expo in Las Vegas, the industry’s largest annual event, showed that for the second consecutive year, sales of licensed products climbed, continuing an upward rebound of 5% since 2011.

The survey, which was conducted by researchers at the Yale School of Management, shows that trademark owners (such as entertainment studios, sports leagues, fashion houses, corporate brand owners and others), generated $5.454 billion in royalties in 2012, a gain of 2.5% over 2011, for an estimated retail value of $112.1 billion.

The report also goes on to report growth in nearly every licensing category, with the main revenue drivers being entertainment, trademark/brands, fashion and sports merchandise. These four areas represented 94% of all licensed revenues in the last year.

“Our 2013 Licensing Industry Survey shows there is a lot to be optimistic about for retailers and companies of all sizes that are leveraging the power of licensing to drive product sales,â€ said LIMA President Charles Riotto. “These latest findings clearly show that licensing is a positive and effective tool across virtually every category of goods.â€

LIMA’s 2013 Licensing Industry Report is available free to LIMA members and $295 for non-members. It can be ordered at www.licensing.org.