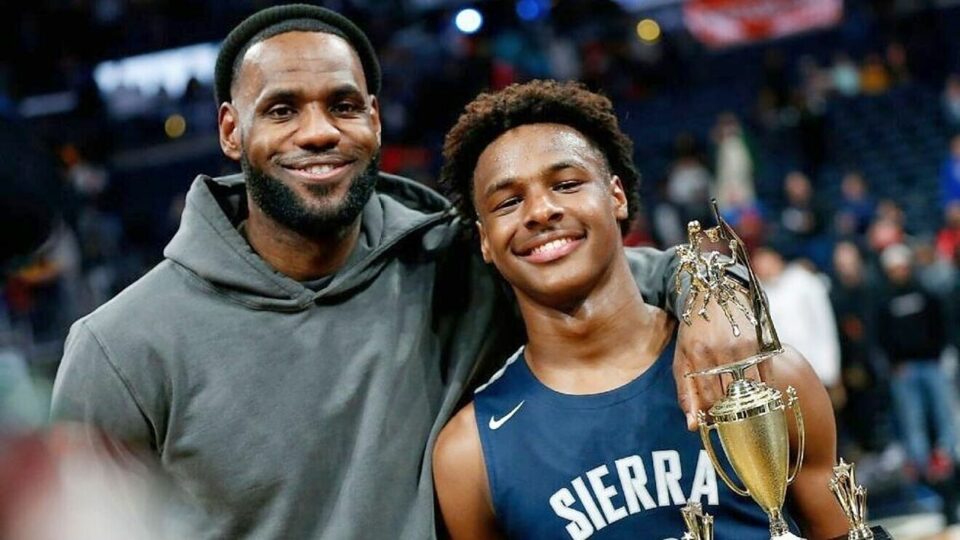 Bronny James, the eldest son of NBA star LeBron James, has been put through the wringer for allegedly dating a white girl.

The rumors about his personal life began circulating after a TikTok video of him and a girl went viral in September 2020.

In the video, they appeared to be comfortable with one another, which sparked immediate interest from social media users. Apparently, the girl in the video is assumed to be Peyton Gelfuso, a TikTok aficionado, who has been seen attending James’ basketball games and on several dates with him.

Social media was ablaze with criticism for his choice of a companion while other users defended his personal life and wanted him to be left alone.

Another supporter fan wrote: “Be with whoever makes you happy young man. If anyone has a problem with that let them argue with themselves,” another user said.

“It’s sad to see Black women under here upset about a child’s decision on who he dates. Lmaoo y’all are giving the girls pressed and it’s absolutely embarrassing,” one wrote, slamming the critics.

Meanwhile, another offered their understanding to the 17-year-old athlete, writing, “He’s still young! Have fun, sir.”

The pair has not denied any of the rumors.