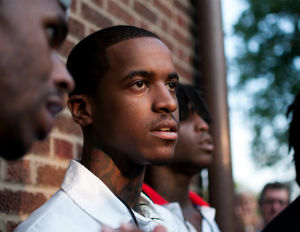 The woman being beaten in the video by Reese has yet to be identified.

Reese claims the video is two years old and it’s just haters who are “broke trying to bring him down.”

The 1 minute video shows Reese and a woman in an argument when the woman tells him to keep his hands away. A few seconds later, Reese attacks her with a flurry of punches.