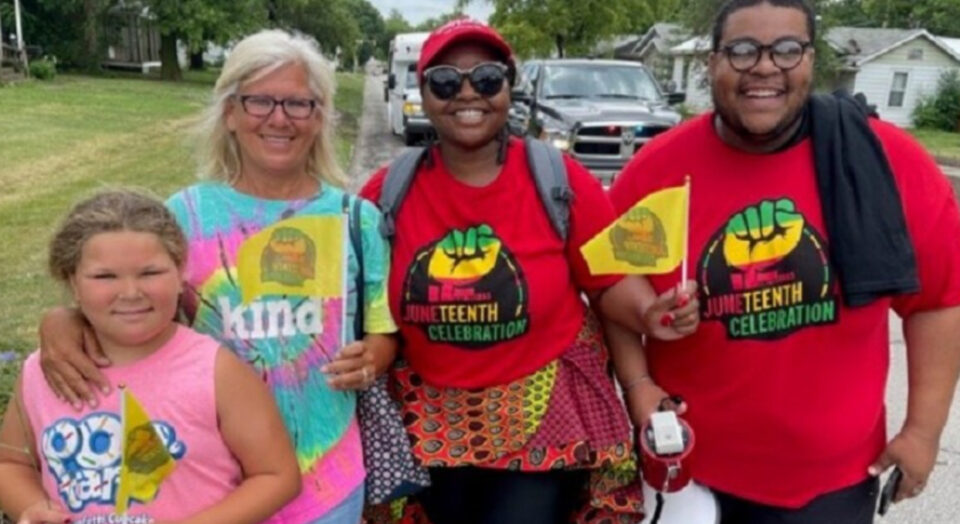 City council member Sam Downs suggested the council gift $2,500 for Juneteenth and $1,500 for Pride celebrations in Lincoln. Although the city was named after Lincoln—who abolished slavery—its council did not support the proposal.

Council member Wanda Rolphs explained, “There are a lot of taxpayers that are very passionate about this issue also that don’t want us to vote for it and really have been complimentary on that fact that it didn’t pass.”

Jennifer Hunt and Kelsi Edwards, Juneteenth and Pride organizers, sought financial support from the historically red city. According to WGLT.org, the Juneteenth group, Hunt For Foundation, was told they weren’t eligible for ARPA funds.

Instead, Hunt was encouraged to charge people to attend the Juneteenth celebration. Hunt did not think it was a fair response.

“It’s more beneficial for us to market free and get more people out there, to educate and to unite and celebrate than for us to charge an underserved community,” she said.

Edwards requested funds for a large, public Pride celebration. She said, “There was a lot of concern last year about safety. It came [at] a time when there was a lot of hatred going around this country, and so a lot of planning members were scared to make it overly public and big and have problems brought in.”

In response to the council’s opposition claims, Mayor Tracy Welch asked, “Where are all of the individuals that are calling all of you (council members)? The only people I see come into the council chambers are the people that Alderman Downs is talking about. That’s passion, showing up for a meeting.”

“[The city council’s action] doesn’t represent the heart of Lincoln.”

President Joe Biden signed the ARPA federal stimulus bill totaling $1.9 trillion to help public health and economic recovery from COVID-19 on May 11, 2021. The organizers were told they could not receive ARP funds because the events did not take place before COVID-19 hit.