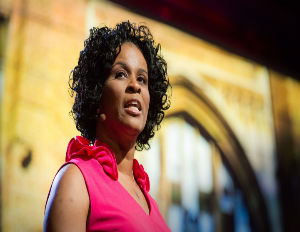 There’s nothing like a good TED talk to get your entrepreneurial day off to a great start, and Linda Cliatt-Wayman Â is the perfect dose of motivation. An educator and philanthropist, this woman of power has dedicated her career to making a difference.

Cliatt-Wayman, principal at a high school in North Philadelphia, gave an inspirational Â TED talk whichÂ chronicles her first day on the job as chaos broke loose among her student body. She talks about how her fearless approach to leadership enabled her to handle the issue and take heed to the needs of her students.

During an emergency assembly, called by Principal Wayman, one student in the crowd caught her attention with a single statement, which became the catalyst for her fight to improve schools. “Shortly, as I attempted to approach my new school,” she says, Â “I could hear Ashley’s voice in my ear going, ‘Miss, miss, this is not a school’.â€

According to her TED talk bio, Cliatt-Wayman grew up in poverty in North Philadelphia, and Â experienced, firsthand, the injustice being perpetrated against poor students and their education.

“She’s dedicated her career and her life to ending that injustice, working within Philadelphia’s broken public-school system. She spent 20 years as a special-ed teacher before becoming a principal, leading two low-performing urban high schools to success with improved test scores and increased college admissions among students.”

“Now at Philadelphia’s Strawberry Mansion High School, Wayman and her team are once again proving what is possible for low-income children. Test scores have improved every year since Wayman took over, and the school was removed from the federal Persistently Dangerous Schools List for the first time in five years. Diane Sawyer and her team spent the 2012-2013 school year documenting Wayman’s efforts for ABC “World News Tonight” and “Nightline”.