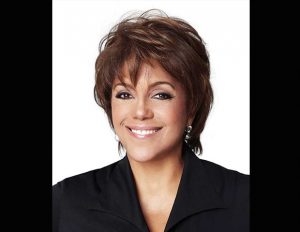 Last week marked the end of an era for the historic Chicago-based Johnson Publishing Co.

After a 71-year run, the family-owned business has sold its iconicÂ EbonyÂ magazine and the now digital-only Jet magazine to Clear View Group, a private equity firm in Denton, Texas. Johnson Publishing retained ownership of Fashion Fair cosmetics and its photo archives valued at $40 million.

The new publishing entity, Ebony Media Operations, is maintaining the magazine’s Chicago headquarters and its New York editorial office, as well as much of the current staff.

Linda Johnson Rice, chairman of Johnson Publishing and daughter of founder John H. Johnson, said in a statement, “This is the next chapter in retaining the legacy that my father, John H. Johnson, built to ensure the celebration of African Americans.” She is quick to point out the Ebony remains black-owned, “You’ve got two African American companies coming together and doing business with each other.â€

Chicago-based Johnson Publishing Co. was founded in 1942 by John H. and Eunice Johnson and curates the African American experience—past, present, and future.

Johnson began his publishing conglomerate with a mere $500 dollars borrowed against his mother’s home furnishings. The Negro Digest was the first publication, folding in 1951.The couple’s second publication, Ebony, a pictorial news magazine fashioned after Life magazine first appeared in November 1945. Jet magazine was launched in 1951 to highlight the news of African Americans in a social limelight with politics, entertainment, business, and sports.

A touring fashion show in 1958 gave birth to the Ebony Fashion Fair. In 1973, the Johnsons started theirÂ Fashion FairÂ cosmetics line for runway models that were having trouble finding makeup for darker skin complexions.

The first timeÂ Black Enterprise compiled its BE 100s annual report of the nation’s largest black-owned businesses in 1973, Johnson Publishing made the cut; it ranked No. 2 on the inaugural list with $22.1 million in revenues.

By the end of the first decade for the BE 100, three companies on the list had broken the $100 million sales barrier. The perennial top 10 sales leaders included Motown Industries and Johnson Publishing Co.

It not only remained on the list, but ranked among the top 25 companies consecutively. This is, until 2011, when it fell to the No. 30 spot, and 2012, which marked last time it appeared on the BE 100s list. Johnson Publishing’s media revenues struggled to evolve from print to digital platforms.

NPR recently spoke with Johnson Rice and Kyra Kyles, vice president of digital content who will serve as the new editor-in-chief of Ebony and Jet.

Johnson RiceÂ described this as a bitter sweet moment toÂ interviewer Michael Martin; “The bitter might be just an initial reaction of, ‘Oh my goodness, it’s sold,’ but not really understanding fully that I will be chairman emeritus of the new company, which is Ebony Media Operations. It is African American-led and owned, and I have a seat on the board. I also have an equity position in the company, so I’m still there. I’ve not walked away from this at all. I love Ebony, I love Jet, so I think the audience needs to understand that.â€

When asked if it was painful to sell the business that had been in her family for seven decades, Johnson Rice replied, “I think if I have to be honest with you, I’m very excited. There are different emotions that you go through at different stages. But I think when you come to a realization that this is really in the best interest of the brand and that it really is in our best interest to be able to expand our audience and reach, then you get to a point where you decide that this really is a decision that needs to be made. You have to be confident and feel very good about that.â€