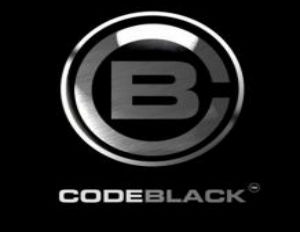 Lionsgate’s Codeblack Films and the University of Southern California have partnered to launch a scholarship and screenwriting contest for African American students enrolled in USC’s School of Cinematic Arts (SCA) Writing for Screen and Television Division.

Starting next month, Codeblack films will donate $50,000 to the scholarship fund, which will be awarded primarily to black students with a high financial need. Each academic year until 2018-2019, a $25,000 scholarship will be given to new students.

“We are honored that Codeblack Films and Lionsgate have decided to invest in the next generation of talented SCA writers,â€ said Elizabeth M. Daley, who is dean of the School of Cinematic Arts tells. “These kinds of student support funds assist the school in making a cinematic arts education possible for every young person who has something exciting to say. These are the students who will be creating the characters and stories that will have us talking in the coming years.”

[Related: Scholarship Alert: CUNY Offering Up to $30,000 for Diversity in Labor]

In addition to establishing a scholarship fund, the partnership has also created a screenwriting contest, where various prizes amounting to $25,000 will be awarded to feature film and television scripts focused on stories that relate to African American audiences.

“We’re delighted to support diverse new voices and encourage emerging filmmakers to continue painting pictures that offer a richer and more complete portrayal of the world around us,â€ said Codeblack Films founder and president Jeff Clanagan. “USC’s School of Cinematic Arts has a legacy of encouraging its student body to explore new perspectives, and we’re excited to partner with them to continue that tradition.”