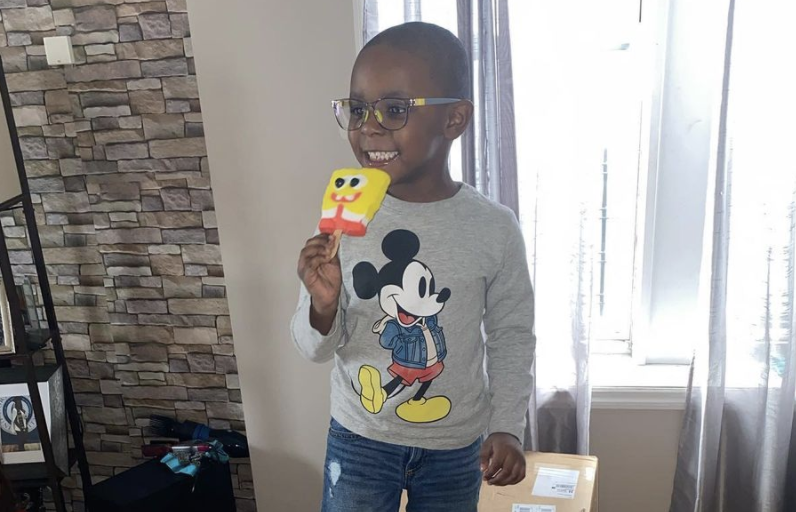 A Brooklyn mom got the coldest surprise of her life when a gigantic Amazon order showed up at a family member’s doorstep.

According to Jennifer Bryant’s Instagram, her 4-year-old son, Noah, ordered $2600 worth of SpongeBob Squarepants popsicles and the cool treat arrived at his aunt’s house in mid-April.

“Noah loves SpongeBob soooo much that he managed to purchase $2618.85 worth of SpongeBob popsicles from Amazon & had it sent to his Auntie houseWeary face. That equals to 51 cases, 918 popsicles. DID I MENTION THE NO RETURN POLICY,” wrote Bryant on her Instagram.

Apparently, Little Noah really likes SpongeBob and popsicles. Because the treats from Amazon are non-refundable, Bryant had to figure out what she’d do with them– and Noah eating all of them was not an option.

Related Story: AMAZON WAREHOUSE EMPLOYEE DESIGNATED TO IMPROPERLY TEST WORKERS FOR COVID-19, DIES AND THE MEDIA ISN’T TALKING ABOUT IT

The mother, a social work student at NYU, is interning and working while rearing three boys and can’t afford the expensive, unexpected purchase.

Fortunately, a friend and fellow student, Katie Schloss created a GoFund Me to help Bryant recoup the cost of the popsicles. The $2,619 ask has been surpassed. The total donated as of May 9 is almost $24,000.

On May 4, Bryant thanked supporters for their donations.

“Thank you SO much for your mind-blowing generosity and support. We’re so grateful to have made back the $2618.85 in a mere 24 hours (!!!). As a child living with ASD (Autism Spectrum Disorder), all future donations will go towards Noah’s education and additional supports. We cannot thank you enough. Truly. Love Jennifer.”

It hasn’t been confirmed how many popsicles Noah ate. We wish them the best.