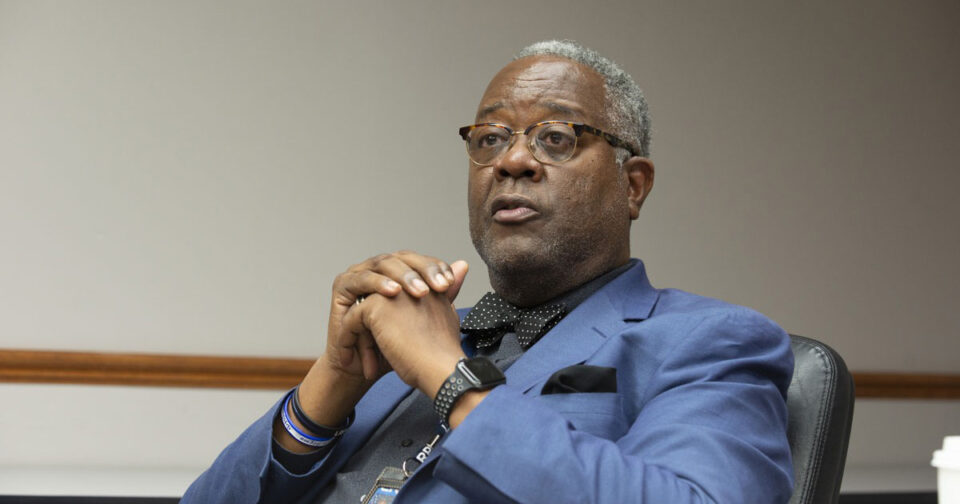 An “all hands on deck” approach to New Year’s Eve policing has landed Little Rock police chief Keith Humphrey on administrative leave after accidentally shooting a woman while aiming at someone else.

According to the Daily Mail, Humphrey was one of several members of the Little Rock Police Department’s command staff ordered to patrol the city to manage increased crowds on Saturday night. While out, the police chief happened upon an altercation involving a man and a woman, identified as 22-year-old Kelecia Mayo.

In a video posted to social media, a second woman, 29-year-old Taz Hayes is seen apparently attempting to defend the man by shooting into a crowd of bystanders. That’s when Humphrey reportedly pulled out his service weapon and aimed at Hayes.

Unfortunately, the seasoned officer missed, hitting and injuring Mayo instead.

The victim was promptly taken to an area hospital, where she was listed in critical condition. Hayes, on the other hand fled the scene.

She was later taken into custody and charged with first-degree battery.

Humphrey’s administrative leave is consistent with Little Rock PD’s handling of all police-involved shootings. The city has, however, asked Arkansas State Police to investigate both the shooting and the fight that led up to it, the Arkansas Democrat-Gazette reports.

Their findings will be handed over to state prosecutor Larry Jegley, who will be tasked with determining whether Humprey violated any state laws. Little Rock Mayor Frank Scott, Jr. clarified the situation and its handling in a statement released via Twitter.

“This is an unprecedented situation because it involves our chief of police,” Scott said.

Scott added that his office would not be issuing any further comments on the situation until the investigation by State Police is complete.

For it’s part, Little Rock PD issued a vague statement, avoiding any mention of Humphrey’s name or any specifics about the incident.