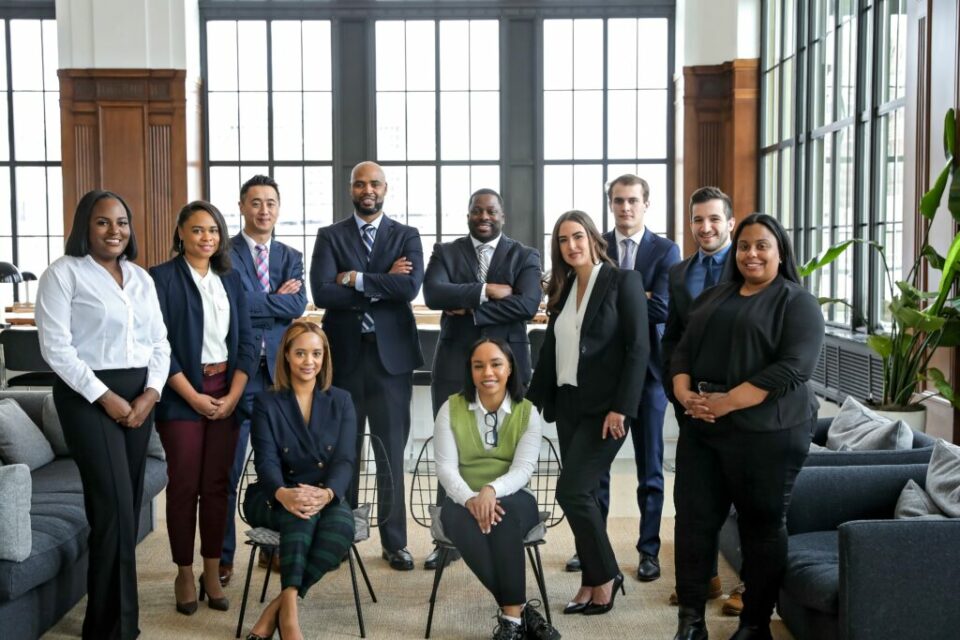 (Image: Left to right, Andre Davis and Justin Turk, co-founders of Livegistics, in center of photo at company's headquarters)

The Detroit-based company is a cloud-based material management system that takes all the paper processes in civil engineering and converts them into a digital platform with real-time GPS tracking. Calling itself a global leader in construction operations software, Livegistics says its niche is helping companies erase revenue losses from lost tickets and giving them a competitive edge with data analytics.

Livegistics CEO and co-founder Justin Turk is leveraging over 25 years of experience and is using technology to change archaic construction practices and revolutionize the industry. He says the firm has grown to 28 employees from four last year. Its technology is now operating in six states and 14 landfills nationally. The firm’s growth was helped by a $1 million “Black Ambition” grand prize pitch competition in 2021 backed by musician, entrepreneur, and philanthropist Pharrell Williams.

“My father and grandfather once owned and operated Michigan’s largest minority-owned asphalt company, so construction is in my DNA,” Turk stated.

“My ambition to achieve and restore system integrity to the industry is still fueled by their legacy.”

Livegistics swears its platforms enables drivers to stay in their vehicles and digitally cross scales on job sites, landfills, and recycling facilities in 13 seconds, reducing the time from three minutes.

The company informed BLACK ENTERPRISE it plans to use $6 million—representing its first round of seed funding—led by Refinery Ventures and BlackOps Ventures to scale up.

“We can now pursue contracts with corporations whose daily activities have a substantial influence on both our communities and the environment.”

Turk estimates that the software will give his firm access to a current $12 billion market in its business and the $1.2 trillion new infrastructure law.

He added, “Livegistics will now be able to target heavy civil construction companies with the funding.”

“With current restrictions being implemented, funding has become a critical requirement for us to build and scale our platform in order to meet the large increases in demand that we anticipate.”

He says the firm’s software is available in all 50 states, and it is now identifying significant “building markets” to help boost sales in specific areas nationally.

“We are really optimistic about our trajectory matching the current potential because new customer interaction accounts for 92% of our growth, and we have a 97% retention rate.”

Livegistics started after Turk met one of its co-founders, Randy Baily, while on vacation in the Dominican Republic in 2017. Bailey designed the prototype and now works in the product department.

Turk added that a game-changer for the firm has been Andre Davis, who serves as co-founder, CFO, and is a CPA.

Turk says Davis was instrumental in Livegistics winning the Black Ambition funding and getting the $6 million seed funding.

When it came to creating the company and handling its money, Turk says there was no one else he trusted more than Davis, who he has known since they were both five years old.

“By delivering accountability and transparency across the board, Livegistics is committed to building a company and software that is built on integrity,” Turk says.