Twitter Applauds Lizzo for Calling Out 'Racist' and 'Fat-Phobic' Trolls 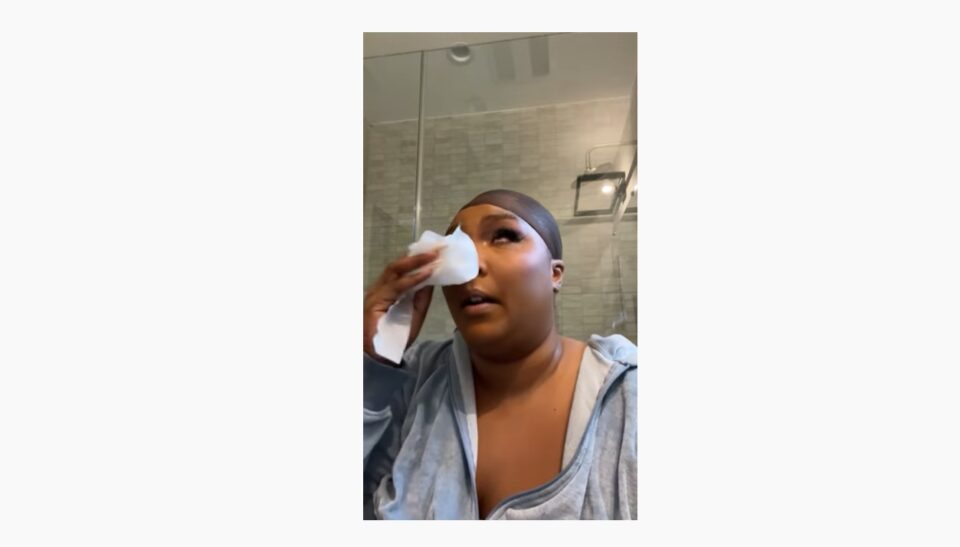 Lizzo fans rallied behind her over the weekend after she broke down into tears during an Instagram Live video.

The “Truth Hurts” singer opened up on Sunday about receiving hate comments after she released her new bop “Rumors” on Aug. 13, featuring Cardi B. She expressed to followers that the negative remarks were beginning to take a toll on her.

“On the days I feel I should be the happiest…. I feel so down,” Lizzo tearfully said during the clip, which is no longer on her Instagram feed. “Like, I hurt so hard.”

The 33-year-old twerking flutist didn’t go into detail about the hate messages, saying, “I’m not even going to say them, to give them power.” But she claimed they were “fat-phobic and racist.”

“If you don’t like my music, cool. If you don’t like ‘Rumors’ the song, cool. But a lot of people don’t like me because of the way I look. Sometimes I feel like the world just don’t love me back. It’s like, it doesn’t matter how much positive energy you put into the world. You’re still going to have people who have something mean to say about you.”

Cardi B. later raced to her collaborator’s defense, calling haters “nerds” and retweeted, “When you stand up for yourself they claim your problematic & sensitive. When you don’t they tear you apart until you crying like this. Whether you skinny, big, plastic, they going to always try to put their insecurities on you.”

When you stand up for yourself they claim your problematic & sensitive.When you don’t they tear you apart until you crying like this. Whether you skinny,big,plastic, they going to always try to put their insecurities on you.Remember these are nerds looking at the popular table. https://t.co/jE5eJw8XP6

But the song is doing great !! On all platforms.When people callin you “mammy”cause your a black woman makin pop music and thousands of people callin you names it gets to you .Your bio says “black everything” I guess it don’t apply to black women emotions huh? https://t.co/B3Rr2Y7VCS pic.twitter.com/Xla0wk8Y1D

Fans also had the Detroit native’s back, and one Twitter user wrote, “Lizzo literally can’t do a single thing without getting nuclear hate and its crazy.” Someone else added, “Youre beautiful asf with a loving heart, great sense of humor and insane talent. You are the entire package. Fck what anyone is saying, focus on the love.”

Lizzo ended the nearly 13-minute Instagram Live by thanking her supporters for their “acceptance,” and promised to only “focus on positive comments from here on out.”

It seems Lizzo is choosing to ignore the haters and remain focused on the bag.