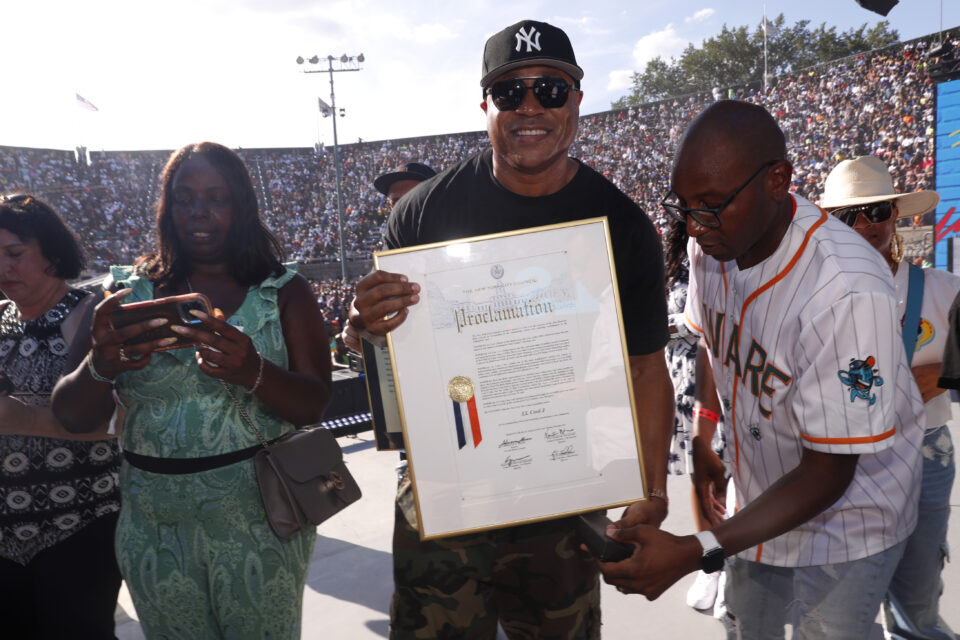 James Todd Smith, more famously known as LL Cool J, was recently honored with the key to his hometown of Queens, NY.

The hip-hop artist, who helped kick off Def Jam Recording and was inducted into The Rock and Roll Hall of Fame in 2021, was presented the key by Adrienne Adams, Speaker of the New York City Council, at his Rock the Bells Festival at Forest Hills Stadium on August 6.

Hollis, Queens was represented today at @RockTheBells as the @NYCCouncil celebrated a true Queens legend, the one and only @llcoolj! It was an honor to present him with a proclamation acknowledging his undeniable impact on hip-hop and popular culture. pic.twitter.com/p2mlSG1yov

Rock The Bells, named after one of LL’s classic songs, was started in 2018 as a content and commerce brand dedicated to classic hip-hop, and is led by former BET executive James Cuthbert, who joined the company last year.

To celebrate the festival, the Empire State Building was lit up in light blue on August 6.

Honored to have the ⁦@EmpireStateBldg⁩ turned cyan blue as New York celebrates The Rock the bells festival coming to my hometown. ⁦@RockTheBells⁩ pic.twitter.com/Oq2JdqycwB

According to the Rock The Bells website, a portion of the proceeds collected from ticket sales will be used to support the Universal Hip-Hop Museum in the Bronx, which is currently being constructed at the Bronx Point development at Mill Pond Park. It’s been reported by ABC 7 NY that the museum just received a $5.5 million investment.

“I feel like Hip Hop is indisposable,” LL said in a statement to HipHopDX. “And I feel like, the same reverence and deference in the way Paul McCartney gets celebrated, the way Bob Dylan gets celebrated or Mick Jagger, I feel like these artists, these kings and queens, deserve that same treatment for this art form.”