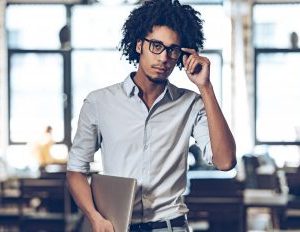 CAF is a three-year program that provides minority business owners access to capital, offering 50 loans totaling $8 million, as well as pre- and post-loan counseling, to ensure the success of those small business borrowers. With a goal of creating or maintaining a minimum of 300 jobs within those three years, CAF already has completed eight loans, totaling $1.4 million and helping to create or maintain 70 local jobs.

“The level of interest we already have confirms what we already knew–there is a gap in the access to capital for minority businesses, and we should not gloss over that,â€ said Marc H. Morial, president and CEO of the National Urban League, in a released statement.

Ultimately, the goal is to change small lending opportunities in other cities around the country, ensuring African American and other minority-owned small businesses secure access to much needed capital.

Don Bowen, who leads the Urban League Empowerment Fund, said the CAF “allows the National Urban League to build upon its legacy role, as a social service intermediary to become a financial intermediary. It’s another tool to help impact local communities and advance the mission of promoting economic parity.â€

The Community Impact Loan Fund is a new NDC product established in partnership with $2 million in startup capital from Morgan Stanley, to support minority small business owners. The Grown Cuyahoga Fund is supported with $2.5 million from Cuyahoga County.

“We are proud to partner on this program, with $2 million in startup capital for the Community Impact Loan Fund,â€ added Carla A. Harris, vice chairman of Global Wealth Management and head of the Multicultural Client Strategy Group at Morgan Stanley, in released statement. “By providing small businesses with access to capital and flexible terms that lead to opportunities for these businesses to scale up,Â  affords them the financial stability necessary for entrepreneurs to focus on their customers and contribute jobs to the local economy.â€

In addition to Cuyahoga County, Key Bank Foundation has made a long-term commitment to CAF, and is the lead local funder. Other local funders include City of Cleveland, Burton D. Morgan Foundation, PNC Bank, and Fifth Third Bank.

“We are proud of our local funders, who have met the challenge to support a program that offers a long term, sustainable solution for local African American and other minority entrepreneurs when pursing capital,â€ noted Marsha Mockabee, president of the Urban League of Greater Cleveland.