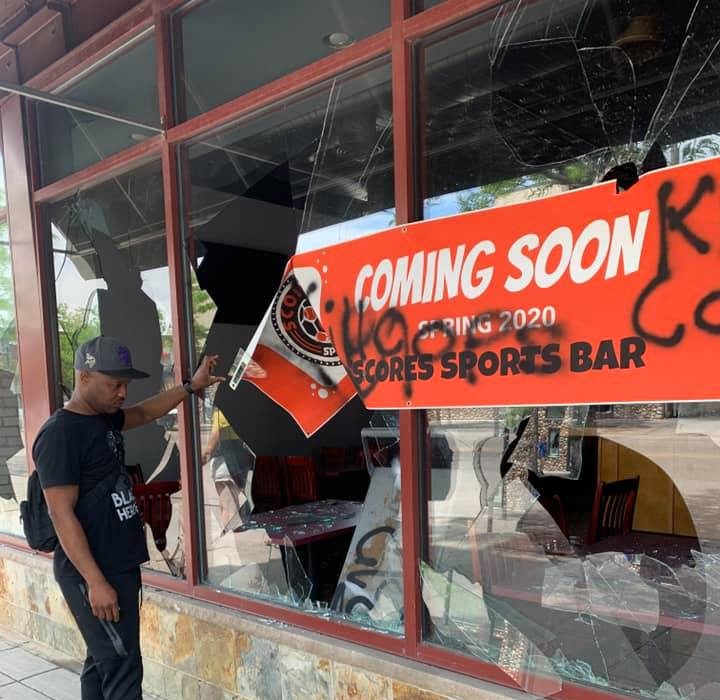 The viral video showing a Minneapolis police officer suffocating an unarmed black named George Floyd by putting his knee into his neck has caused intense public scrutiny and has lead thousands around the country and the world to march in protest, calling for not only justice for Floyd but the many others that have also died from police brutality and other violent acts including Breonna Taylor and Ahmaud Arbery. Social media has been flooded with videos and images of protesters being assaulted by law enforcement officials and of looters breaking into local establishments. For one man living in Minneapolis, the protests led to his business being burned down but now the community is stepping in to make sure he doesn’t lose his livelihood.

Korboi Balla saved up for a long time to open his own sports bar. The former firefighter originally planned to open his bar in March but was delayed because of the novel coronavirus outbreak. Balla was in the midst of preparing to open on June 1 after the state granted permission to bars and restaurants to open back up. On Friday morning, he woke up to shock when he found out that his bar had been burned down during the protest.

“I don’t know what we’re going to do,” Balla told CBS News in tears according to the Daily Signal. “It hurts, man. It’s not fair, it’s not right. We’ve been working so hard for this place. It’s not just for me, it’s for my family.”

His wife, Twyana Balla, wrote about the incident on Facebook in fury about the damage caused by looters and the threat to their livelihood.

Balla decided to launch a GoFundMe campaign afterward to help raise funds to rebuild the bar. In less than 24 hours, the campaign reached over $160,000. The current total is now over $1 million.