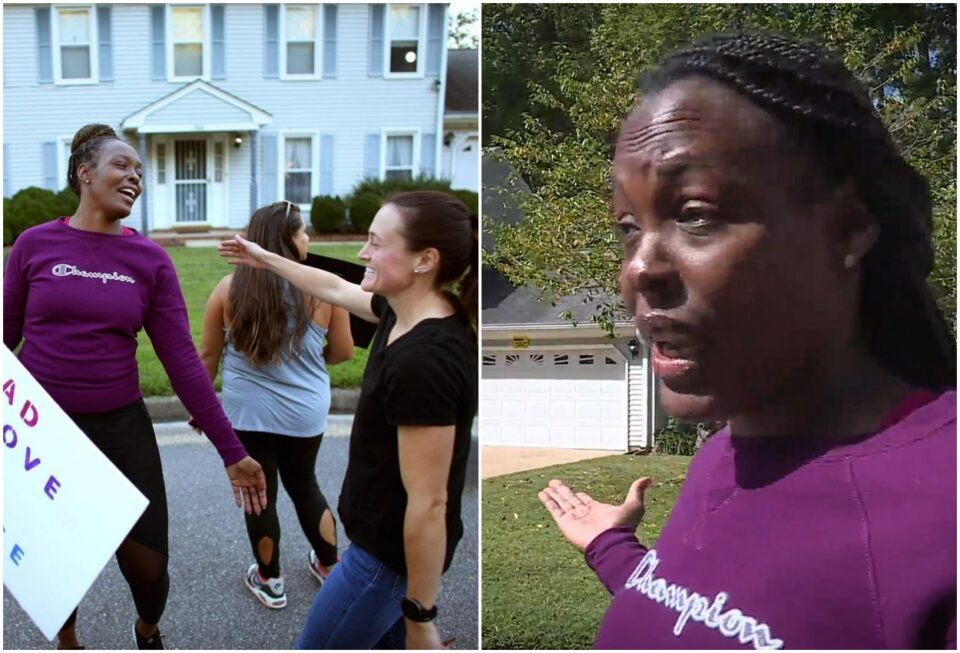 The problems of a racist next-door neighbor rose to unacceptable levels in a Virginia Beach town.

One family has had to endure a neighbor’s rude production of playing loud monkey sounds, banjo music, and racist slurs directed at them. This behavior reportedly starting several years ago when Jannique Martinez’s family moved into their house in Virginia’s Salem Lakes Cul-de-sac.

According to The Independent, after Martinez went to the police to try to get her neighbor to stop racially harassing them, she was told that the actions of the offending neighbor didn’t amount “to a level that Virginia law defines as criminal behavior.”

Now, a community has rallied behind the family in a show of support against the racist antics of the racist neighbor next door.

So, since the authorities didn’t do anything, her neighbors decided they would do something. Annoyed by the racist activities, the community held a support rally for the family. The gathering did make the neighbor stop the shenanigans, thus resulting in the area being quieter.

One of the neighbors, Nancy Kay Eleftheratos posted about the result of the rally on her Facebook page.

“This!! Everything about this!! We currently have some peace, and our neighbors do not have to endure the racial slurs directed at them! The support from the community has been amazing. We want nothing more to live in our homes in peace. Kids running around doing their thing without the nonsense!
It ain’t over yet! But it’s a start!”

The Virginian Pilot has reported that since they published a story regarding the neighbor’s behavior, the Virginia Fair Housing Office had reached out to the Martinez family through one of the reporters and has now stated that they will be looking into their complaints. The office has stated that it investigates alleged cases of “coercion, intimidation, threats or interference with any person in the exercise or enjoyment of their fair housing rights.”