Logic to Bring Mental Health Awareness to Students in Michigan 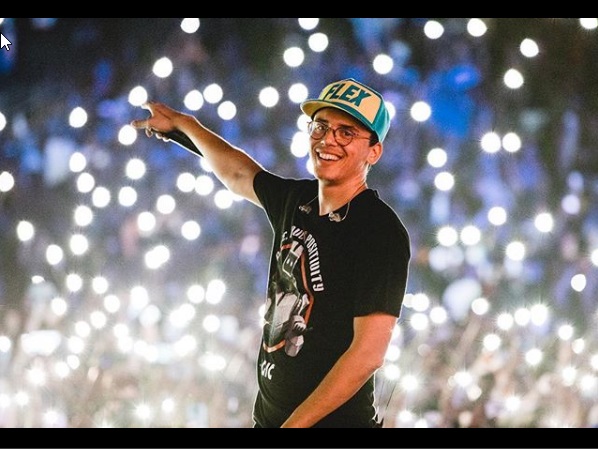 Logic, a biracial rapper born Sir Robert Bryson “Bobby” Hall II, is redefining what it means to be a hip-hop artist. He’s a die-hard Star Wars fan, video gamer, and comic geek who regularly performs on stage while solving a Rubik’s Cube. But besides helping to bridge the gap between hip-hop heads and the nerd community, he’s saving lives—literally.

Last April, Logic released “1-800-273-8255,” a song titled after the hotline for the National Suicide Prevention Lifeline. The song became his breakout hit, rising to No. 3 on the Hot 100s and earning two Grammy nods. He told Rolling Stone that he was inspired to write the song by his fans, who frequently told him “’your music saved my life.’” In response, he thought, “What the f–k? What if I tried to save a life with a song?”

He did. On the day the song was released, the National Suicide Prevention Lifeline received the second-highest call volume in its history. And “it’s remained high ever since,” Dr. John Draper, the director, told Variety last August.

Although he has yet to win a Grammy, the 28-year-old artist delivered a gut-wrenching performance at the 60th annual music awards show that featured a multicultural and -generational army of suicide survivors. Once again, calls to the National Suicide Prevention Lifeline tripled after his powerful set on Jan. 28.

Now, the chart-topping rapper is taking his advocacy for suicide prevention one step further. Logic teamed up with Glenn Close, a legendary stage and screen star, and Brandon Marshall, an NFL player and the co-founder of Project 375, to host a mental health awareness event for students at the University of Michigan. Titled after a lyric from his hit song, “Who Can Relate?” the week will include mental health training, wellness, and a variety of educational events related to mental health stigma reduction

Logic will also participate in discussions about topics surrounding mental health issues and headline at a concert at the school’s campus on March 30.

In addition to this project, Logic aspires to open a suicide prevention hotline office. “I want the place to look like Comic-Con,” he told Rolling Stone.