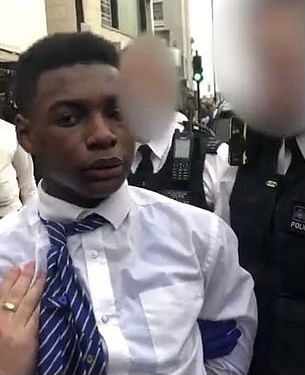 Police are being accused of strangling and restraining a Black teen in London after apparently believing his hair pick was a knife.

Benjamin Olajive, 13, got off the school bus last Tuesday on London‘s Streatham High Road when he was approached by Metropolitan Police officers. According to reports,  police were responding to a report involving someone wearing a blazer with a knife, according to The Daily Mail. However, the teen was carrying a hair pick.

Video recorded by bystanders shows several police handcuffing and strangling the teen, who has ADHD, as he screams for help.

As police used force against the teen, bystanders continued to plead for his release.

According to witnesses, the incident continued for around 45 minutes, during which Benjamin screamed “my wrists” as officers handcuffed him and allegedly “choked” him.

The 13-year-old was taken to Brixton police station on suspicion of causing criminal damage for kicking a police car, according to police. Police claimed he “physically resisted and tried to get away” from officers and “caused dents” in a police car after kicking it several times. 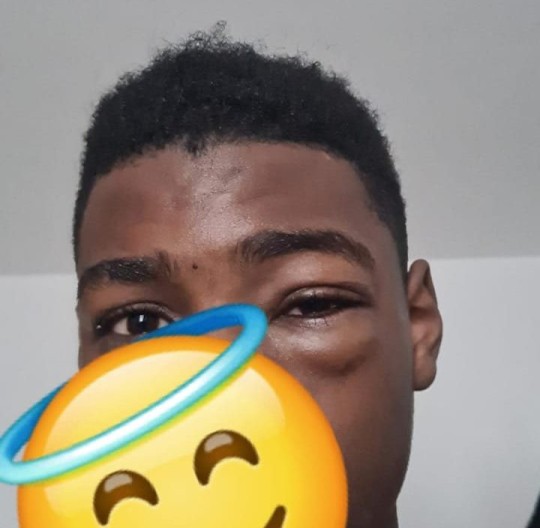 His mother, Zeyna Kada, is now accusing police of racial profiling and using excessive force on her son, saying they should “respect” people’s children. According to Kada, police repeatedly performed “hyperflexing wrist locks'” on Benjamin, and claimed video footage showed her son initially “complying” with officers.

“I am a mom raising a young Black boy. I see the news with all these shootings and I think ‘God help these children and help them to love one another,'” Kada said. “I am not saying don’t stop and search, but use reasonable force and respect, and take your hands off someone else’s child.”

According to reports, Kada now has plans to spend time educating her son about his rights. She also reportedly told her son that she is proud of him because he complied.