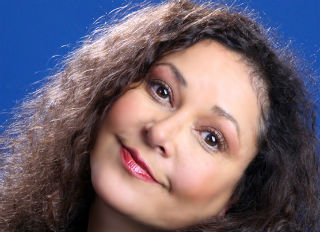 Lonette McKee, perhaps best known as “Sister” in the original Sparkle movie and as Wesley Snipes’ wife in Jungle Fever, has a special one-night only performance on November 30thÂ at the City College of New York’s Aaron Davis Hall, called “A Night to Remember.”

McKee teaches an acting workshop at the City College of New York. The show will feature McKee’s childhood friend Michael Henderson. Henderson was a Motown bass guitarist and has played with numerous soul and jazz artists over the past 40 years including Marvin Gaye, Stevie Wonder, Aretha Franklin and Miles Davis.

“A Night to Remember” will feature a duet between Henderson and McKee as well as several selections from the Tony-nominated performer McKee’s vast song selections from her work over the years.

McKee recently did a conference call with half a dozen journalists to promote her upcoming show.

Here are the highlights:

BlackEnterprise.com: You have a dynamic, detail oriented show planned. What part are you most looking forward to?

Lonette McKee: Michael Henderson and I grew up together in Detroit. Mike taught me how to play the bass when I was 13. He was 15 and already playing with the Funk Brothers. He was a prodigy. One of the things that makes me happiest is that it’s the first time that he and I have been on stage together professionally. We’re doing it at CCNY which has a really special place in my heart. Two black women running CCNY and there are very few black women who are running stuff.

What feeling do you want the audience to capture?

Love and happiness. Most people know me most as an actress, but I started out as a child prodigy. I write and I play keyboard. I had my first hit record in Detroit when I was 13. I’m grateful for my career in acting, but my first love is composing music. I’m a writer first, then everything else comes after that.

What is your advice on staying active and relevant in entertainment?

It’s great to have a talent and the ability to entertain, but we have to take it a step further and write and produce and direct. What happens for women and especially black women, is that you get in your late 30s, early 40s and you are literally told that you are not useful any longer and they don’t want to pay you. You can really go crazy if you let it get to you. If you’re writing, producing and directing, you have something else to do. You can create your own projects. Being able to write keeps me sane in between working.

What is a night that you will always remember from your career and why?

I’m going to remember that damn concert with Michael Henderson and myself. That’s what I’m going to remember. But seriously, my life has been very bittersweet. I have not had a supportive family. I don’t talk to my family. I have a sociopath older sister. My younger sister has cerebral palsy and mental issues. My dad was an illiterate auto worker. My mom was a dysfunctional white Swedish woman. How I’ve made it this far, I don’t know. I believe what keeps me going in life is that though I’m not religious and I don’t go to church, I’m connected to my god force and the universe.

Does anyone today remind you of you?

I love hip hop and rap. There are young black men who are not afraid to produce and sell out of the trunk of their cars like Master P and Diddy. They worked it themselves and maintained control of their finances for the most part. I got a lot of respect for that. I see myself in Beyonce. She’s brilliant and such a sweet soul and that is so important. From what I can see there are a few of them todayÂ  that have attitude problems and I won’t name names, but they exist. I also love Lady GaGa. She is deep and kind. I love the brothas like Jay-Z and Diddy who are entrepreneurial. ”

You can purchase $35 tickets for A Night to Remember here.