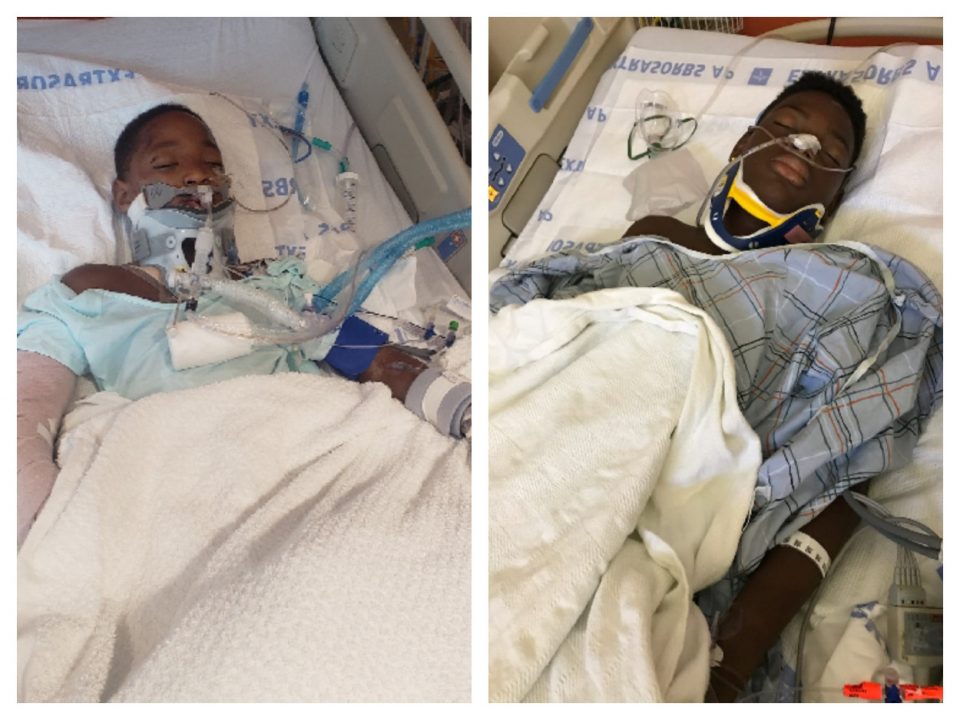 After hitting two young Black boys in a hit-and-run incident, a 31-year-old white woman from Long Island, NY, was arrested after leaving the two boys hospitalized with serious injuries, according to Newsday.

Suffolk County police stated that Major Case Unit detectives arrested the driver, Shannon Palmer, at 5:45 a.m. outside her home on Roosevelt Boulevard. The accident took place two weeks ago on August 3 and Palmer was arrested and booked the following day.

She has been charged with two counts of leaving the scene of an accident with serious physical injury for hitting the two boys. The two young boys were among three boys who were riding their bicycles on the shoulder of Express Drive North in Ronkonkoma, near the intersection of Old Nichols Road. Palmer allegedly struck 9-year-old Troy Russell and 12-year-old Toriano Jamison with a Ford Explorer she was navigating at approximately 7:35 p.m. 6-year-old Max Jamison escaped harm.

8/3/20 Troy Russell (9y) had a scheduled playdate with Toriano Jamison (12y) and his younger brother Max (6y). They were standing besides their bikes when they were mauled down by SHANNON PALMER of Hauppauge in her Ford Exhibition pic.twitter.com/qmNVYJlpLY

SHANNON PALMER DID NOT STOP!

Troy was hit first, then Toriano. Both boys were thrusted 10ft into the woods from impact. Max was scared but knew he had to move fast to get help. He ran half a mile up the block to a neighbor’s house. #JusticeForTorianoandTroy pic.twitter.com/QX8GCR0FoJ

The injuries Toriano and Troy sustained are immense. Troy was airlifted by helicopter and Toriano by ambulance to Stony Brook Hospital. Each needed emergency surgery. #JusticeForTorianoandTroy pic.twitter.com/LdXsToj1XF

Toriano was treated at the Hospital for gaping abdominal gashes, a concussion and multiple fractures within both hip bones. His surgery took well over 4 hours. He has kidney, lung and colon damage. He faces the possibility of never walking again. #JusticeForTorianoandTroy pic.twitter.com/cvkXOP5Kii

Troy has had 3 surgeries and is expected to have more. He has 3 broken ribs, a right broken elbow, and broken left thumb. His left achilles heel broke straight through and right leg snapped in half from impact. He faces possible right leg amputation.#JusticeforTorianoandTroy pic.twitter.com/xnRxjEIvQZ

Toriano and Troy’s lives will never be the same again. Their journey of recovery will be long and trying. After the countless hours spent at the hospital, they will need rehabilitation. They will have to learn how to walk again..if even possible. #JusticeForTorianoandTroy pic.twitter.com/IrknxtMgSS

A GoFundMe page was set up for hospital expenses.

Palmer has been released from custody.