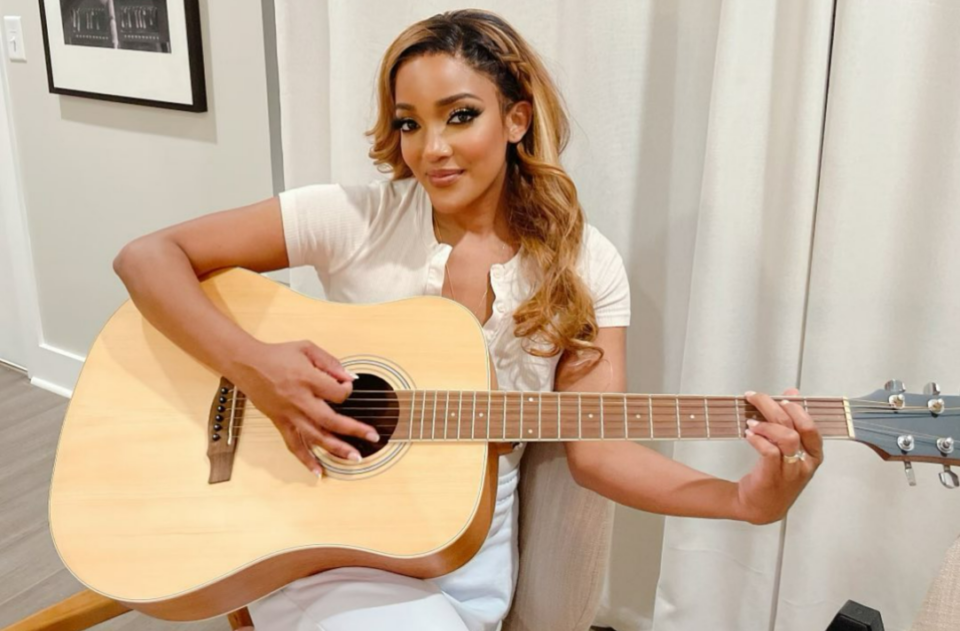 Country music star Mickey Guyton announced Tuesday that she would be performing the national anthem at Super Bowl LVI on Feb 13.

The “Black Like Me” singer’s 2021 debut album, “Remember Her Name,” earned her a Grammy nomination for Best Country Album. She made history as the first-ever Black solo female artist nominated in a country music category.

“Look at God,” Guyton tweeted about the Super Bowl news. “I am shook, I am grateful, I am praise dancing.”

👏🏾Look👏🏾at👏🏾God. I am shook, I am grateful, I am praise dancing…
So excited to be singing the national anthem at #SBLVI on February 13th! @nfl @nbcsports pic.twitter.com/bDdpyt1rCb

Following her “Black Like Me” single release, the 38-year-old performer emerged as an outspoken voice discussing racism within the country music industry. She continues to speak candidly about the racism and biases she experienced throughout her life, both during childhood and while struggling to find success as a Black artist in Nashville.

The tweet read: “@MickeyGuyton We don’t want your kind in country music! All you people talk about is your god damn race and skin color! Don’t you effers have Rap, Hip Hop & R&B? Gotta ruin and destroy s – – t with your woke bs! Just like y’all did with MTV! Get the F out of our country music!”

She intentionally posted a screenshot of the message on Instagram in hopes of shedding light on the hate she and others in her community are often burdened with.

“Started off 2022 with a good ole batch of racism. I show you this so you guys continue the fight for equality and love and acceptance,” Guyton captioned the post.

This country star is rising above her haters and not allowing anyone to disrupt her Black Girl Joy.