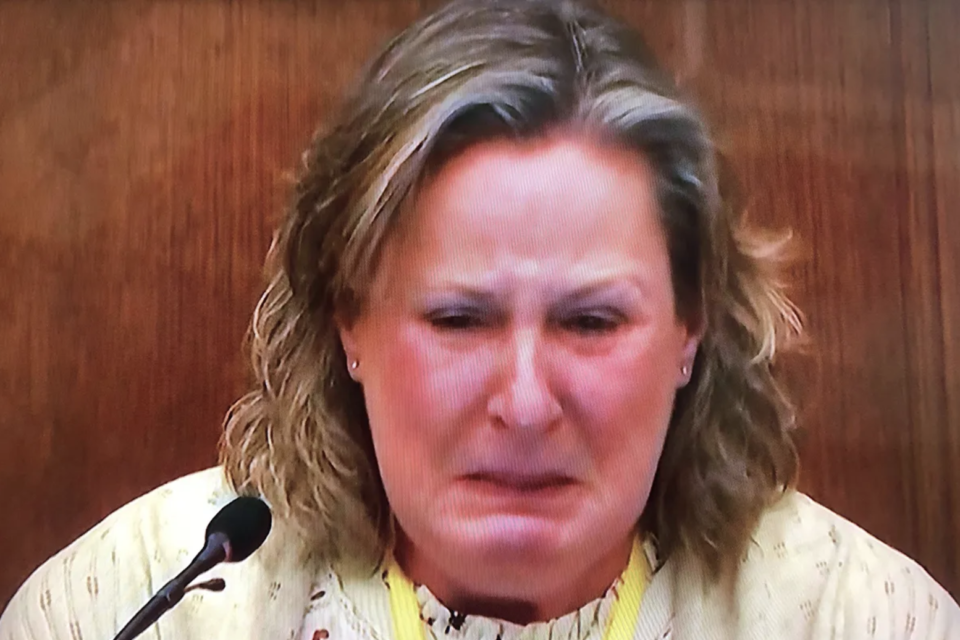 Kim Potter “broke down” during her final testimony in the manslaughter trial of Daunte Wright, where she allegedly mistook her Glock for a taser.

On Friday, Potter took the stand during the second week of the trial. The disgraced officer initially appeared aloof as the defense questioned her about what happened on that fateful day. She also responded with one-word answers.

As Potter’s testimony continued, white tears, or lack thereof, were abundant. The woman reportedly became “emotional” as she tried to convince the jury that shooting Wright was merely a tragic accident. Potter burrowed her way through the testimony with a crying face and no tears. She also never called Wright by his name. Potter repeatedly referred to the deceased as “the driver.”

At one point, Potter devolved into a blithering, whining mess as she reached for tissues that hid her face as she answered pointed questions about why she and another officer stopped Wright in the first place. She also recounted what happened on the stand concerning shooting the 20-year-old victim. The former Brooklyn police officer described the moments before she killed the man as “chaotic.”

“I remember yelling, ‘Taser, Taser, Taser,’ and nothing happened, and then he told me I shot him,” Potter said.

She also issued the obligatory apology.

Former MN police officer Kim Potter begins to cry while describing the moment she shot and killed Daunte Wright during a traffic stop.

“I remember yelling ‘Taser, Taser, Taser,’ and nothing happened. And then, he told me I shot him.” pic.twitter.com/HNbJ8aU7Q8

An expert for the prosecution argued and undercut the defense’s theory by testifying that Potter’s use of excessive force was not appropriate.

“The use of deadly force was not appropriate, and the evidence suggests a reasonable officer in Officer Potter’s position could not have believed it was proportional to the threat at the time,” said Seth Stoughton, a professor at the University of South Carolina School of Law.

During the trial, the savvy prosecution team got Potter to admit that Wright hadn’t threatened her in any way– therefore negating the defense’s theory that she was justified to use any type of force.

In April, Potter allegedly confused her gun for a taser during a traffic stop in Brooklyn, Minnesota. She reportedly stopped Wright over an air freshener in the vehicle.

Jurors are now tasked with deciding if the 49-year-old woman will be found guilty of first-degree manslaughter.