Looking for the Next Big Thing 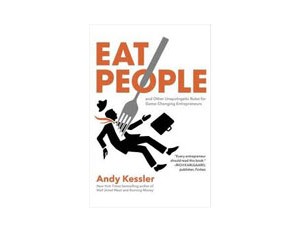 Technology and the business climate have redefined the rules for successful entrepreneurship. For starters, scalability remains ranked among the top business imperatives. (Think: If it doesn’t scale, it will get stale.)

Andy Kessler, author of the book Eat People: and Other Unapologetic Rules for Game-Changing Entrepreneurs (Penguin Group; $25.95), defines scale as something you can invent once and then sell a million times. “Pick a profession, like lawyers or doctors who start a practice and they have their clients, but they’re dealing with them one-by-one. Compare that to Intel, the technology company that develops a microprocessor for PCs, or someone who is writing software for those platforms,â€ he says. “They write it once and they sell it millions of times.â€

Harness Your Intelligence Network
Companies need to evolve. “In business, this means we’re not stuck with centralized thinking. The individuals on the edge [those who use the product or service] have a lot more say about what goes on in the system,â€ asserts Kessler. “When you’re deciding what to invest in or what startup to launch, if it doesn’t take advantage of that intelligence on the edge, my advice is do something else. Gone are the days of the establishment deciding what the rest of us are going to do rather than those in charge having to listen to those out on the edge.â€

Eat People
This may sound controversial or mercenary, but the fact is most technology development puts someone out of work. Kessler says tech is also the greatest mechanism to generate progress for society and create a productive economy. “In the last 15 years we had a whole slew of the service economy taken out–think about bank tellers who were replaced by ATMs or travel agents by online booking,â€ he says. “The good news is we always create more and better jobs for those who are providing the tools to do those things that the previous jobs did unproductively. If you’re an entrepreneur, find an opportunity where you can get rid of jobs.â€

Create a Virtual Pipeline
This is the connection between customers and the service offered that a business controls. For example, a media company owns the platform–whether television frequencies, an Internet site, or pages in a magazine–and rents that space out via advertising. Kessler suggests creating a business model around a direct connection to your customers, and then controlling it. A good example of this is consumer electronics giant Apple’s iTunes. “There’s zero cost to sell one more digital song. Also, successful companies like Facebook have created and controlled these virtual pipes.â€

Stay Relevant
The overriding message, according to Kessler, is if you’re an entrepreneur, make sure you’re not in a business that someone else can eat, but there are great opportunities in identifying jobs that can be made obsolete and you should be the one doing the “obsoleting,â€ not the one being made obsolete. Kessler adds, “If you do that, you will increase the productivity of the workforce and the economy. The only way you can create wealth is through productivity.â€