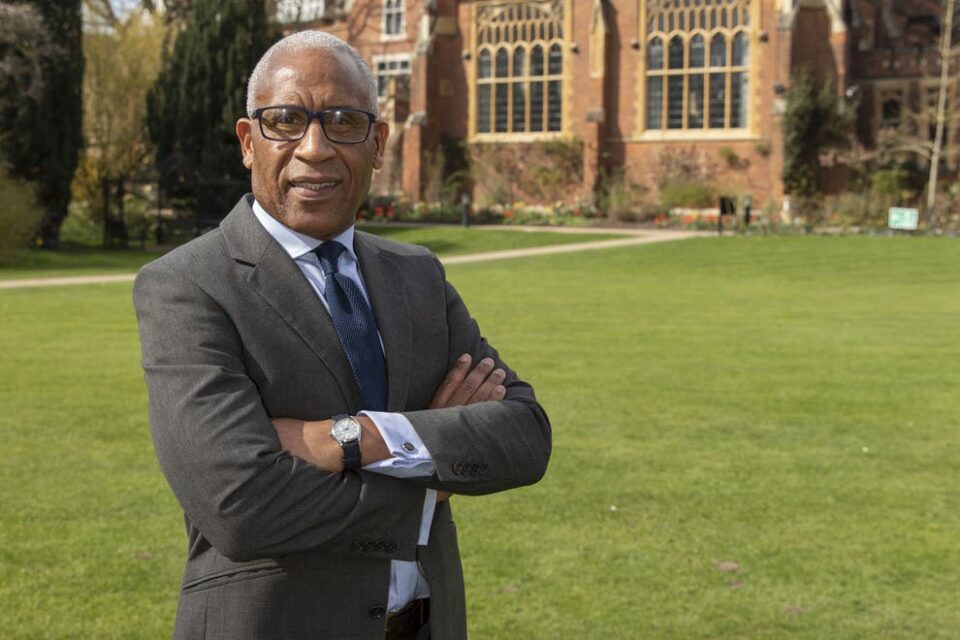 It’s official! Lord Woolley has taken up his role as Principal of Homerton, and we couldn’t be more excited to welcome him. pic.twitter.com/gC5b4E7Eyp

Homerton College released a statement regarding the historic moment.

“Lord Woolley of Woodford was officially installed as Principal of Homerton College yesterday, Friday 1 October. In a ceremony shared in person with Fellows, staff and student representatives, and via livestream with the student and alumni communities, he made the following declaration:

“I, Simon, Lord Woolley of Woodford, accept the office of the Principal of Homerton College, and promise that I will fulfill the duties of that office to the best of my ability; and that I will loyally observe the statutes and ordinances and good customs of the College; and that I will in all things endeavour to promote the peace, honour and wellbeing of the College.”

According to BBC News, Lord Woolley is the third Black person to be elected as head of a college at Cambridge or Oxford. He also holds the distinction of becoming the first Black man to be instituted in such a position. Sonita Alleyne was the first Black woman and person elected as head of Jesus College, Cambridge, back in 2019. Then in 2020, Valerie Ann Amos (Baroness Amos) became the second Black woman and person when she was elected at University College, Oxford.

In 2019, Lord Woolley was knighted during the Queen’s Birthday Honours.

Homerton College has posted the full ceremony of Lord Woolley’s installation as Principal online. This historical event can be viewed in full below.

“It doesn’t matter what social strata you’re from, whether you’re from those that are affluent, not so affluent, or anywhere in between. If you have aspirations, if you want to change the world, come to Homerton.”
Lord Woolley, Principal, Homerton College, Cambridge. pic.twitter.com/7H21rEh7ah