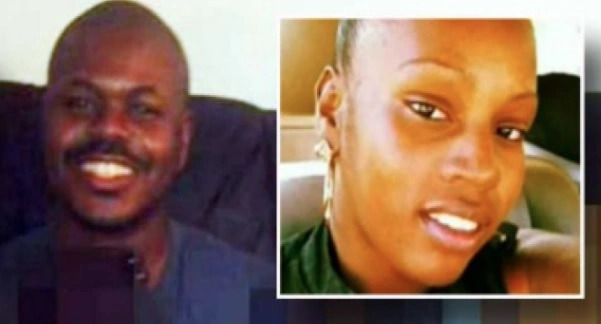 Los Angeles County District prosecutors have confirmed that the five former Inglewood Police Department officers who opened fire on a couple they found unconscious inside a car in 2016 would not be charged due to lack of evidence.

The DA’s office solidified its decision more than five years after the Feb. 21, 2016, killings of Kisha Michael and Marquintan Sandlin by Inglewood police. According to NBC Los Angeles, prosecutors concluded that there is “insufficient evidence to prove beyond a reasonable doubt that the officers’ use of deadly force was unlawful.”

Responding officers arrived at the scene after receiving a call about a vehicle stopped in traffic lanes. The caller also reported that the woman, later identified as Michael, had a gun on her lap, according to a 36-page police report. The couple was asleep with the windows up in the front seats of a Chevy Malibu. Officers blocked the car with vehicles and tried waking the couple with illuminated light bars, sirens, air horns, and a Los Angeles Police Department helicopter. But the couple did not wake.

“Driver, do not move. Roll the windows of the vehicle down,” the officers reportedly said.

The report says Sandlin finally awoke, rolled the window down, and drove forward hitting one of the patrol cars. He then reversed, striking another police vehicle. Multiple officers said they saw Sandlin lean toward his right and reach toward Michael’s lap. The cops fired two shotgun rounds, hitting Sandlin before opening fire on Michael as she woke up and opened the passenger’s door. They both died on the scene.

“[The officers] were in imminent danger of death or great bodily injury when they fired their weapons,” Los Angeles District Attorney George Gascon said in a new report, according to The LA Times. “This honest reasonable belief precludes criminal liability.”

An autopsy found that Michael’s and Sandlin’s blood alcohol contents were over the legal limit, the Los Angeles Times reported. Traces of methamphetamine were also found in Michael’s blood.

“We know this is excruciating and that the families are understandably devastated. We also understand that the public has questions, but out of respect for the families, we wanted to meet with them first and give them time to process this difficult information,” Gascon told NBC4 in a statement.

Milton Grimes, the attorney who represented the families in the civil case, said that there was no justification for the police shooting.

“They set up. They took cover. There was no officer in danger,” he said. “They were all behind a vehicle or a bus bench — wherever they thought they could be secure.”

The five Inglewood officers involved were fired, according to the City of Inglewood, which paid an $8.6-million legal settlement to the Michael and Sandlin families.