Could You Handle Losing Everything? 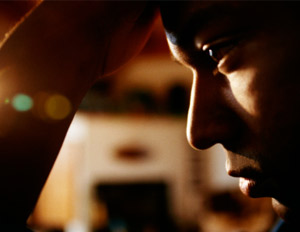 A big cup of coffee too late in the day had me awake in the wee hours the other night, watching a rerun of Iyanla Vanzant‘s riveting interview with Oprah. I had heard about it and read about it but there was nothing like seeing it for myself, as Iyanla told the story of gaining more than she ever dreamed of in life… Then, losing it all.

Production deals, book deals, her dream house: Gone. Husband, credibility, fame: Gone. Fortune, self-esteem, “friends,â€ focus: All gone. But worst by far, Iyanla lost her daughter to cancer, on Christmas day no less. Nothing is worse than that.

When Oprah asked her how she had managed to get through it all, Iyanla spoke straight into the hearts of parents everywhere when she said, “I put my child in the ground. I can do anything.â€

It was a searing moment of truth. You couldn’t help but feel how raw, spare and brutally real Iyanla’s life had become. She had survived the worst life had to offer, worse than most of us will ever know. You had to respect that, and you could tell that Oprah, who was there to dissect the unraveling of her own relationship with Iyanla a few years back, now respected her anew.

I couldn’t help but watch Oprah as she watched Iyanla. You could almost see the wheels spinning in her head. For all Oprah has endured and seen and achieved, she had to be asking herself; How would I deal with losing it all? I sat there asking myself that question, too.

How would you handle catastrophic loss? Sadly, millions worldwide have confronted this recently given global economic instability, massive earthquakes, tornados, and floods.

According to the most recent labor statistics, 13.9 million people are unemployed and 45% of them, or 6.2 million, have been out of work long-term, meaning for at least six months. Absent from those numbers are the additions coming from areas of natural disaster, most recently, from Minot, North Dakota where the number of evacuees has risen to 40,000.

Between fallout from The Great Recession and a spreading rash of “500-year weather events,â€ unprecedented numbers of Americans are sustaining unthinkable losses every day. Jobs and homes, sales and companies, benefits, investments, savings, and security have been wiped out. Gone with them are some of the most priceless assets any of us can have: Relationships, relative peace of mind, and a sense of optimism about the future (which we’re now being told is hampering the economic recovery, a theory that I think is crap.) At its worst, lives have been lost.

But like Iyanla Vanzant, people are surviving. They are rebuilding. They are starting over from scratch where they have to, and it is awe-inspiring!

Alongside devastating stories of destruction and helplessness are uplifting tales of selflessness and resilience. Evacuees who don’t know whether their homes are still standing or not, are pitching in where possible to try to save the homes of others. People who are recipients of Red Cross services are donating their time back as volunteers rather than just being on the receiving end. Strangers are opening their homes to the homeless. Businesses are donating goods, shelter and manpower. Nationwide, groups are organizing to travel across the country on their summer vacation to pitch in wherever and however they can.

Crisis does sometimes bring out the best in us. What doesn’t kill us, can make us stronger. Every one of us–even the broken and traumatized–has something good to give to the world, if only we can harness the will and the faith to give it.

As Iyanla said in an interview on National Public Radio, “If you’re still here and you have the opportunity and the chance to do good and to be good and to live more, you want to do that.â€

It’s her take-away from her daughter’s death, which Iyanla says taught her what really matters: “When I had to give up my house, I said, this is a house, my daughter gave up her life. This is not an arm or an eye. And even if it were, if I only had one arm, write with the other one. If I only had one eye, look out the other one. You only got one leg, hop on the one you have. You understand?â€