Is Playing the Lottery for 'Losers?' 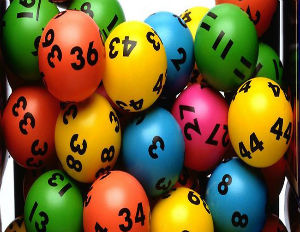 You may have to be in it to win it, but investment maven and president of Ariel Investments, Mellody Hobson says don’t be “unreasonably hopeful” that an unexpected windfall is going to come your way.

In her recent column for NewsOne, Hobson blasts the pastime. She said: ” The lottery sells hope. A dollar seems like a small price to pay to dream big. But that’s what makes playing the lottery so insidious. It’s like smoking. There’s damage happening, but you can’t see it in the day to day. Just like one cigarette doesn’t give you lung cancer, one scratch off ticket doesn’t make you go broke. But if you add up ticket after ticket after ticket, you’re looking at real money going down the drain. And for what? So people can fantasize about lying on a beach somewhere?”

A PBS report earlier this year showed that households that earn $13,000 a year spend 9 percent of their money on lottery tickets. It ends up being a tax on people who can least afford it, Hobson says.

“Someone will win,” Hobson says. “It most likely will not be you. Or me. Or anyone we know.”