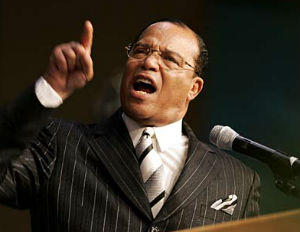 The controversial Minister Louis Farrakhan took his message to the streets of Harlem yesterday.

Farrakhan, who many have called a racist, told a crowd of over 300 in front of the Adam Clayton Powell Jr. State Office Building that it was time to “stop blaming the white man.”

Farrakhan also touched on the recent wave of violence amongst black youth.

“It’s a shame that after 310 years of chattel slavery and 150 years of injustice that we are worse in our treatment of each other,” said Farrakhan.