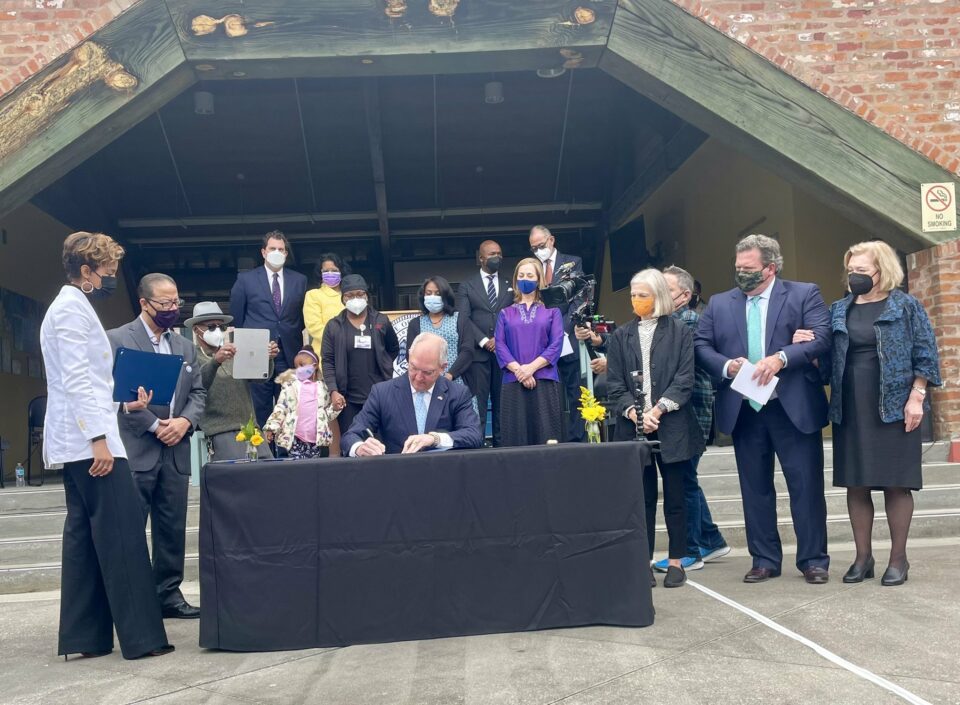 Louisiana Gov. John Bel Edwards has pardoned Homer Plessy, the Black man whose 1892 arrest for refusing to leave an all-white railroad car led to the ruling that cemented “separate but equal” into U.S. law for half a century. Image: Twitter/@LouisianaGov

Louisiana Gov. John Bel Edwards has pardoned Homer Plessy, whose 1892 arrest led to the ruling that cemented “separate but equal” for half a century, according to US News and Word Report.

Plessy was arrested for refusing to leave an all-white railroad car. He was part of the Citizens Committee, a small civil rights group hoping to overturn a state law segregating railcars. However, the protest led to a ruling in Plessy v. Ferguson, solidifying whites’ only spaces, including bathrooms, restaurants, and schools for the next 50 years.

The state Board of Pardons recommended the pardon for Plessy in November by a 7-1 vote, and Gov. Edwards said he was “beyond grateful” to restore Plessy’s “legacy of the rightness of his cause … undefiled by the wrongness of his conviction,” according to the outlet.

Keith Plessy, whose great-great grandfather was Plessy’s cousin, called the ceremony where Gov. Edwards signed the pardon a “truly a blessed day for our ancestors … and for children not yet born.”

Justice Henry Billings wrote in the decision, “Legislation is powerless to eradicate racial instincts or to abolish distinctions based upon physical differences.”

Justice John Marshall Harlan, who provided the only dissenting vote, wrote the decision, “will, in time, prove to be quite as pernicious as the decision made by this tribunal in the Dred Scott Case,” an 1857 decision saying an enslaved Black person or an ancestor of one, could never become a U.S. citizen.

Plessy v. Ferguson’s separate but equal ruling stood until the Supreme Court overruled it in the 1954 ruling Brown v. Board of Education, which led to the desegregation of schools and the eventual end of Jim Crow laws.

Plessy was chosen to walk into the train car to protest due to his light skin, which allowed him to pass as white. Eight months after the ruling, Plessy pleaded guilty and was fined $25, the equivalent of $837 today. Plessy died in 1925 with the conviction still on his record.

While the pardon is being celebrated, the state of Louisiana is still committing injustices against Black inmates in the state. In addition to the fact that the state continues to use its prison population as a form of slave labor, Louisiana held prisoners who agreed to deals of 10 years and six months for decades and recently rearrested a man who served 47 years as he stood at the prison gates.