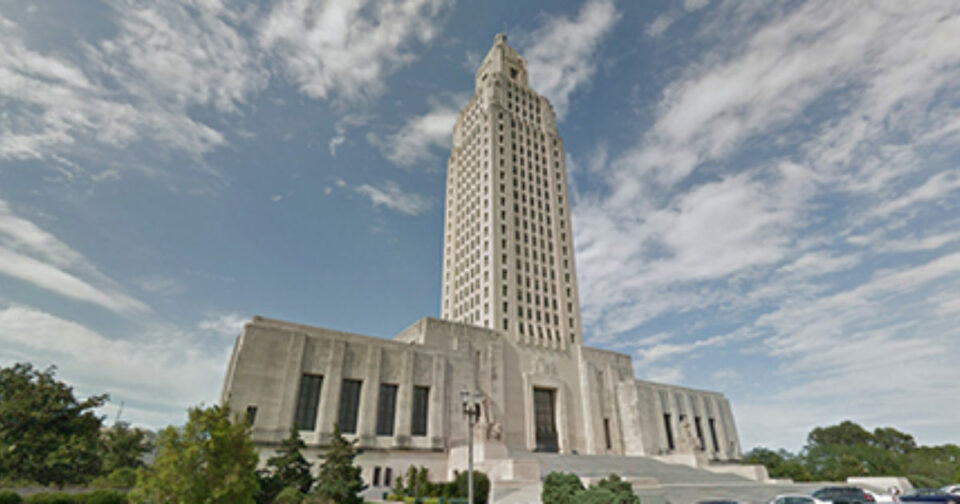 Louisiana could soon ban the release of mugshots of people who have been arrested but not yet convicted of a crime, after the state House approved a proposal to limit the practice Tuesday. (Image: Twitter)

The State of Louisiana could soon ban the release of mugshots of residents who have been arrested but not convicted of a crime after the state House approved a proposal Tuesday.

NBC-affiliate KPVI reports House Bill 729 will keep most mugshots from public record until a person is found guilty of a crime.

The bill was sponsored by Democratic Rep. Royce Duplessis and passed the state House by a 75-22 vote. However, it still has to be approved by the state Senate and signed by Gov. John Bel Edwards.

Under the bill, if a person is a fugitive, or if law enforcement deems that person to be an imminent threat or danger, their mugshot can be shown. Language in the bill also states a court hearing will be held for a judge to determine if a mugshot will be released to the public.

While the bill may sound good to some, several state lawmakers were quick to attack the bill. Republican Rep. Raymond Crews raised questions about whether other aspects of arrest records, including the name and sex of an individual, will be deemed prejudicial.

Rep. Mike Johnson, also a Republican, “worried this bill will shield the public from information that might impact public safety,” according to The Center Square and cited law enforcement saying the release of a mugshot can lead to additional suspects or victims.

Duplessis argued back, saying the benefit of publishing a mugshot “does not outweigh the harm that is currently happening in society where these photos are published for someone who … did not commit an offense, or they’re charged with something much less severe.”

The New Orleans Democrat also cited a federal policy that withholds the release of a mugshot until conviction and noted many newspapers across the country have adopted guidelines on whether to print mugshots before a conviction.

Others argued the bill needs additional work, saying it needs to be tailored further to allow for the release of mugshots under more circumstances, including child sex offenders, violent crimes, or public officials.

The bill will move to the Senate for consideration.