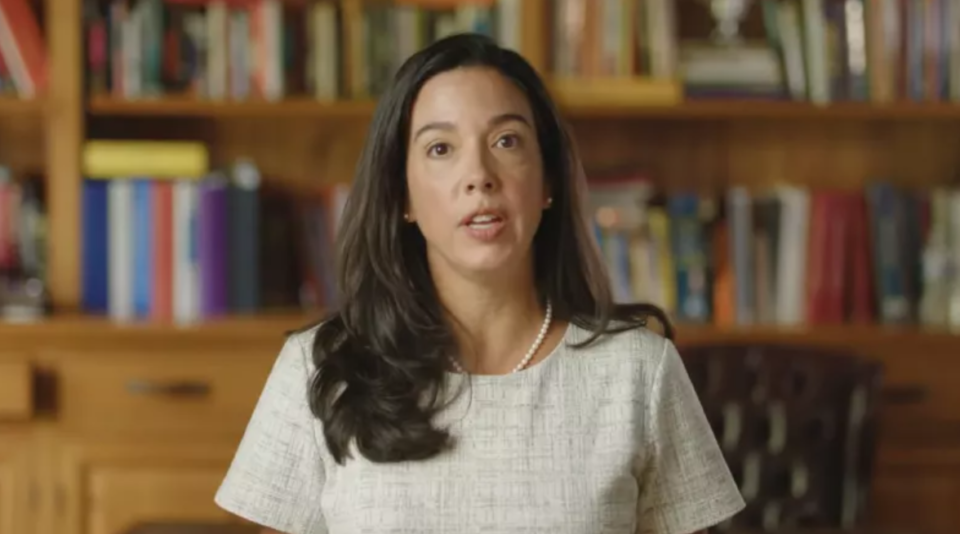 Calls for the resignation of Lafayette City Court Judge Michelle Odinet have mounted after a recently released video shows the judge’s family tossing the n-word around inside her home.

A video that surfaced on Monday shows Odinet and her family gathered together while watching home security footage of an armed burglary that took place in their driveway on Saturday, The Advocate reports. In the clip, a male voice is heard saying, “And mom’s yelling n—–, n—–,” to which another female voice answered, “We have a n—–, It’s a n—–, like a roach.”

“Lost his wallet,” one voice says in the clip. “That’s my phone where it fell out,” says another. “Going get the gun,” another responds. “The dude had a phone on him,” chimed a female voice. “I should have taken his phone from him, that f****** ass****.”

After the video surfaced online, Odinet released a statement asking for “understanding, forgiveness, patience, and prayers.” She claims she has “zero recollection of the video” and found a way to blame the behavior on her son.

“The situation highlighted and confirmed a suspected substance abuse issue our son is having,” she said. “We are taking the necessary steps to get our son the help and treatment he needs.”

In another statement to The Daily Advertiser, Odinet claimed that her family members were victims of an armed burglary. However, a spokesperson for the Lafayette Police Department confirmed on Tuesday there was no indication that the suspect had a weapon.

It’s unknown who recorded the video and how it surfaced online. Odinet was voted as the Lafayette City Court Judge in the 2020 election. She has two sets of twin children, The Current LA reports.

“She is a sitting judge in a sitting court. She represents the community of Lafayette. We can’t condone that type of behavior from her or anyone else for that matter,” Toussaint said.

Lafayette City Marshall Reggie Thomas blasted Odinet’s alleged involvement in the video saying it shouldn’t be accepted by anyone in a leadership position.

“As a proud Black man, and the Lafayette City Marshal, I strongly believe Judge Odinet should be held accountable,” Thomas said.

“I’m sure that people of color will find it impossible to trust that they will be treated fairly and equally when they have to stand for judgment before Judge Odinet.”