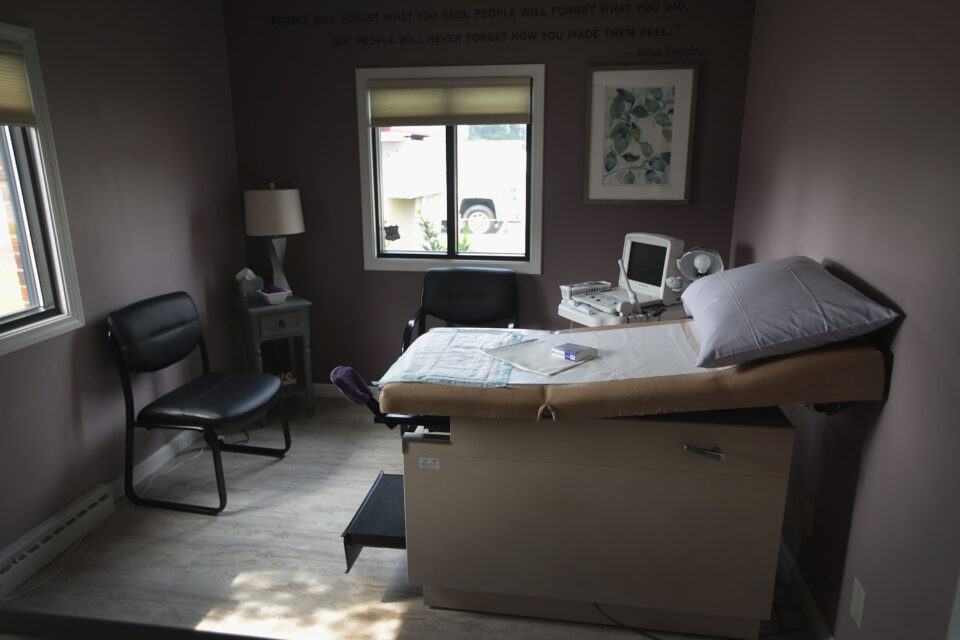 A woman in Lousiana has been denied an abortion in spite of her fetus having been diagnosed with acrania, a condition in which a fetus did not develop the top of its skull, and kills the baby almost instantly after birth.

Baton Rouge native, 36-year-old Nancy Davis, has been faced with the impossible decision to carry her baby to term only for it to die after being born or travel several hundred miles to a state where she can safely secure an aboriton. Louisiana has “trigger” laws that outlaw nearly all abortions, except in cases of risk of death for the person with child, per Axios.

“It’s hard knowing that… you know I’m carrying it to bury it,” said Davis, who is currently 13 weeks pregnant.

She has invoked the help of notable civil rights attorney Ben Crump to weigh her options after the U.S. Supreme Court overturned the constitutional right to aboriton on June 24, undoing almost 50 years of federal protections under Roe v. Wade.

According to a statement from Crump’s office: “Regardless of what Louisiana lawmakers claim, the law is having its intended effect, causing doctors to refuse to perform abortions even when they are medically necessary out of fear of losing their medical licenses or facing criminal charges,” wrote the attorney. “It’s clear the State of Louisiana is inflicting profound emotional and physical trauma on Ms. Davis and women like her with this harshly restrictive and confusing law.”

MEDIA ALERT: @AttorneyCrump has been retained by a pregnant woman denied an abortion because doctors feared penalties under a new Louisiana law. Her fetus has acrania, the absence of a skull, and can't survive outside the womb. Now, she has to travel out of state for treatment. pic.twitter.com/JrlaWPWkNF

Because Davis’s fetus has a heartbeat, she was refused after being told during her 10-week ultrasound that her fetus did not have the top of its skull. Due to the ill-considered aboriton ban not recognizing acrania as an exception, the medical center Davis visited, Women’s Hospital in East Baton Rouge Parish, pointed her to an abortion clinic. However, Louisiana is planning with doing away with abortion clinics altogether due to state legal battles.

Doctors gave Nancy Davis a devastating diagnosis: The fetus she's carrying, because of a rare and fatal condition, will not form a skull.

Yet she's been told she can't get an abortion, since the condition isn't among the exceptions to the state's ban. https://t.co/gaEZhCkiQN pic.twitter.com/Y0kmvo2qUN

To add insult to injury, the clinic let Davis know that her Medicaid insurance would not cover the abortion, which she revealed to be $5,000.

As of now, she has started a GoFundMe campaign to help raise funds to travel to North Carolina for the procedure.

Nancy Davis’ unborn child has a fatal abnormality and will not survive outside the womb. But Louisiana’s abortion laws are making it IMPOSSIBLE to end the pregnancy. Help Nancy travel to get the medical treatment she NEEDS! https://t.co/1cFSZoL9W0

“I just want them to consider special circumstances as it relates to abortion… medical problems, like this is one that needs to be in that,” said Davis.