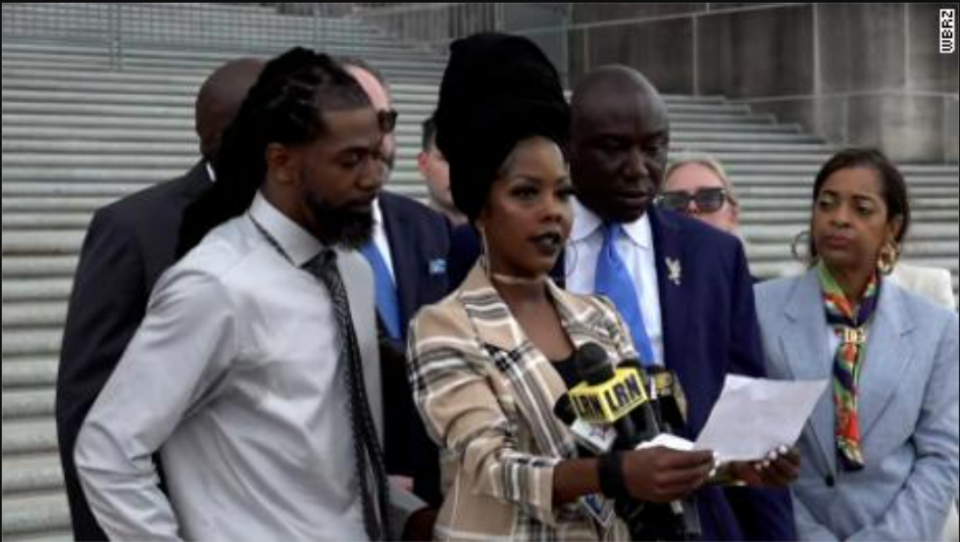 A Louisiana family is speaking out after a mother was allegedly denied an abortion despite the diagnosis of a rare, fatal condition for her unborn child.

ABC News reports that Nancy Davis is already a mother of three and was preparing to welcome another when, at 10 weeks pregnant, she learned her fetus was diagnosed with acrania, a rare condition in which the skull doesn’t develop.

Davis says doctors told her the fetus would die shortly after birth and encouraged her to get an abortion. But, after agreeing, she says she was denied an abortion because fetal cardiac activity still exists.

“Basically, they said I had to carry my baby to bury my baby,” Davis said at a Friday press conference.

“I want you to imagine what it’s been like to continue this pregnancy for another six weeks after this diagnosis. This is not fair to me and it should not happen to any other woman.”

Davis is currently about 15 weeks pregnant. About 10 weeks into her pregnancy, she decided to get an abortion. However, after allegedly being denied, Davis missed the period where she was eligible for medication abortion and will now have to undergo a two-day procedure to get an abortion.

“From afar, it’s very easy to have an opinion about something, but until you’re actually in this situation and going through it, you don’t understand how complex it is,” Chedrick Cole, the baby’s father, said, CNN reports. “I also want to say that we must continue to raise consciousness and awareness about situations like this because it’s happening all over. … And it’s so much bigger than us and our family.”

Davis and Cole appeared alongside civil rights attorney Ben Crump who brought attention to a trigger ban on abortions in Louisiana that went into effect after the U.S. Supreme Court ruled to overturn Roe v. Wade in June.

“Ms. Davis was among the first women to be caught in the crosshairs of confusion due to Louisiana’s rush to restrict abortion,” Crump said.

Davis has been fundraising online to cover the cost of traveling to North Carolina to seek abortion care. According to Crump’s website, she has raised over $30,000.