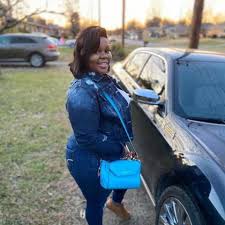 The viral video of George Floyd has sparked protests around the country and around the world calling for justice not only him but others that have died at the hands of law enforcement officials. One of those victims is a 26-year old woman named Breonna Taylor.

The Louisville, Kentucky, resident was shot and killed by police officers who entered her home using a search warrant for another house. Nearly three months after the incident and after massive pressure from the public, the police department has finally released the police report to show what happened that night—and it’s virtually blank.

The Courier-Journal reported that the police department the four-page report lists the time, date, case number, incident location, and the victim’s full name. The report redacts Taylor’s street number, apartment number, and date of birth despite the fact the information was already made public. The report goes on to note that she was shot at least eight times and died on her hallway floor in a pool of blood. Outside of the names and ages of the officers and the listed charges, the rest of the report was blank.

“I read this report and have to ask the mayor, the police chief and the city’s lawyers: Are you kidding? This is what you consider being transparent to taxpayers and the public?” asked Richard A. Green, editor of The Courier-Journal. “At a time when so many are rightfully demanding to know more details about that tragic March evening, I fail to understand this lack of transparency. The public deserves more.”

Jon Fleischaker, counsel for The Courier-Journal, spoke out about the incident and demanded more be done to find out what happened with this case.

“Under the Fischer administration, there has been a consistent policy and practice of refusing to tell the public what is going on with the police, regardless of how inappropriate the officer conduct has been — even when it was criminal, as in the LMPD Explorer case,” Fleischaker said. “How can we even seriously debate police reform if the police won’t engage and the mayor won’t stand up to them?”

The Courier-Journal said they would be suing the police department and demand the immediate release of the department’s investigative file in Taylor’s shooting.