From Love & Hip-Hop To CEO: Rasheeda On Building A Brand 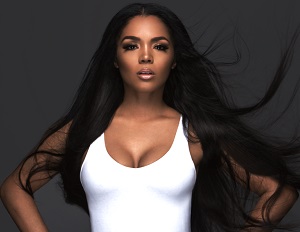 Although Rasheeda was a recording artist before joining the cast of Love & Hip-Hop: Atlanta, it was the platform offered by reality television that helped take her brand to the next level. Currently, Rasheeda is riding high off the success of her Pressed retail store and Poiz cosmetic line, while shooting for her sixth season on the popular VH1 reality series.

Later this year, the self-proclaimed “boss chickâ€ will embark on several new projects, including endeavors in the health and fitness world and a new book. During a recent chat with Rasheeda, the Georgia native spoke on those ventures and gives advice on how to use reality television to jump-start a business empire.

On how things are going with Pressed:

On opening stores in other cities:

I was thinking about branching out into other cities. I’m just trying to narrow it down and do some demographic work, and just make sure when I make that move, it’s a smart one. I love New York, Houston, Charlotte, and Chicago, so those are some of [cities at] the top of my list.

On her other business endeavors:

I’m definitely looking forward to putting out a book sometime in 2017. I’m definitely stepping into the health and fitness lane. I have a couple of things I’m working on there; just about women out here really just trying to make sure we’re taking care of ourselves. A lot of times, we’re taking care of everybody around us, and then we’re sitting around like, um, OK. What about myself? So that’s something that I’m looking forward to. Expanding Press and doing more things; my cosmetic line [Poiz Cosmetics] as well. I’m definitely looking to try to get major distribution on my products as well.

On using reality televisionÂ as a launching pad for other endeavors:

People ask me all the time about that. They’re like, what advice can you give me? I’m thinking about going into reality TV. And I tell them, you know what? Go into it with a plan, and that plan needs to be when you’re done with this platform, your life is better than before you got on it. And my thing is I always tell people if you have businesses, use that platform to expand your brand. Like a lot of times, people get caught up in the drama and the BS, and then you look up, and they haven’t started a business, don’t have any business going, and the TV’s over, the checks are gone, and now they’re standing around looking stupid.

So at the end of the day, I always tell people, I actually had my website before I started Love & Hip-Hop, and I, of course, was doing music before that, which is a great thing. But for those who didn’t, you know, whatever goals you have, or whatever aspirations or business ideas you have, make those a reality and use that platform to expand it while you can. You can’t pay for a better advertisement if you’re on reality TV; use it to your advantage. If you’re not doing something, I don’t give a damn if you’re selling napkins, you better figure something out–T-shirts, some socks, figure something out–while you’re doing it and utilize it!

On her music career:

I took a nice break, and now I’m looking to get back into the studio probably within the new month or so just to do that final Rasheeda project. Music is my love and my platform for me to spread my wings and do all of the things that I’m able to do, so I would love to end it off with some amazing, hood classy, empowering music, and then call it a day