Low Income 5-Year-Olds Hurt by Too Much TV Watching 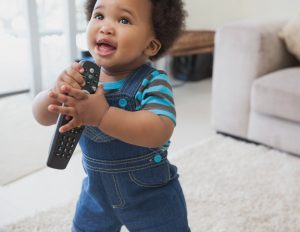 How much willÂ watchingÂ TV hurt your kids’ math skills and ability to focus? That depends on where your family falls on the socioeconomic scale.

According to a report viaÂ Education Week, a study published last month byÂ The Journal of Developmental and Behavioral PediatricsÂ shows “young children who watch television more than two hours a day show decreased skills in math and executive functioning–the collective term for cognitive abilities related to attention, focus, and self-control–with low-income children faring the worst compared with those from higher income families, who viewed the same amount of TV.â€

A reason for the different effects wasn’t offered, but my friend, a New York City public school teacher, surmises that higher income kids have a lot going on in their lives–stimulating conversation, travel, interesting hobbies, high-priced intellectual toys, professional adults other than their parents–whereas poor kids may just only have TV.

“With low-income kids, TV is all they have. So, it affects them more,â€ she says.

The study saw effects on low-income five-year-olds–those living on $21,200 or less a year–and middle-income children–those whose families earned an average of $74,200 a year for a family of four.

The poorer the children in the study, the more television viewing decreased their math and executive functioning skills, but not their letter and word knowledge. Effects on the school readiness skills of middle-income children were less, but still “statistically significant,â€ according to the Ed Week article.

Five-year-olds in families earning $127,200 or more a year saw no effect on their school readiness.

In October, the American Academy of Pediatrics issued recommendations that children ages two to fiveÂ watch no more than one hour of television a day, and that parents or caregivers watch with them “to help them understand what they are seeing and apply it to the world around them.â€

The AAP recommends that families develop a family media plan, which includes intentional use of “platforms that allow users to both consume and create content, including broadcast and streamed television and movies, sedentary and active video games, social and interactive media that can be creative and engaging, and even highly immersive virtual reality.â€

The findings of the study onlyÂ measured the time that children spent watching TV, not engaging in other screen-based activities.