Loyola High School a Beacon of Hope in Detroit 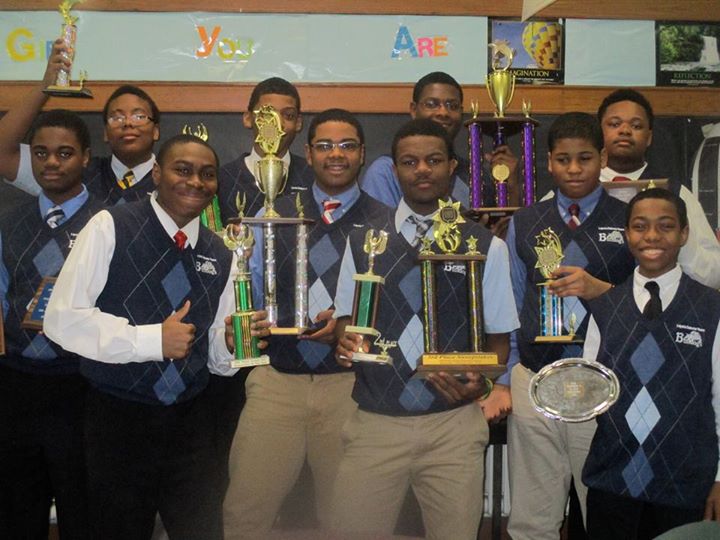 Detroit’s public schools have a lot of problems.

From corruption, to appalling conditions, to a relatively low graduation rate (77.3%) and high dropout rate (11.4%).

But in one small, all-male, all-African American Catholic high school, lives are being changed for the better. The senior class of Loyola High School has a 100% acceptance rate into college–the school’s sixth consecutive year of graduating young men bound for two- and four-year institutions of higher learning.

“We take a holistic approach to education,â€ says Wyatt Jones, Loyola’s principal. “We make sure a student’s basic needs are met. A student who’s hungry or emotionally unstable will not be able to learn.â€

Many students have been underserved and arrive two or three grade levels behind. “We work to bring them up to grade level with an academic seminar, where they get extra attention, peer tutoring, and extensive work with their teachers,â€ Jones says.

Although there are several Catholic high schools in Detroit, Loyola is the only one seeking to answer the call of Ignatius and work with marginalized students that need extensive support.

“When you think about St. Ignatius and his charge to work with the poor and underrepresented, our school is the only one doing that,â€ Jones says. “These students can fall through the cracks without consistent support. Loyola definitely champions those values.â€

Although Loyola charges tuition, more than 70% of its students receive financial aid. “Without the assistance of the development office most of them would not be able to attend a private school,â€ says Jones.

Juniors and seniors also work one day a week, following the Cristo Rey model work-study program. “Our school is community-centered,â€ says Jones. “We have a partnering parish that does a lot of outreach, and we are also part of the Jesuit Schools Network–but our demographics set us apart from other schools in the network.â€

Loyola also provides support to its graduates. A transition coordinator on staff connects with the schools the graduates attend to create a network of resources that extends from Loyola to the campus.

“The vast majority of our students are first-generation, so we help to connect them to the campus writing center, the bursar’s office–we want our students to be aware of the wraparound services available to them.â€

Jones says a challenge his staff works against is the impact of growing up without a father.

“It’s a generational curse. Young men grow up without fathers, and then become fathers themselves and they don’t know how to parent. So the male staff here models what it is to be a man in the way we dress, the way we speak, and the way we respect the women in the building.â€

For more about Loyola High School in Detroit, go to its website.