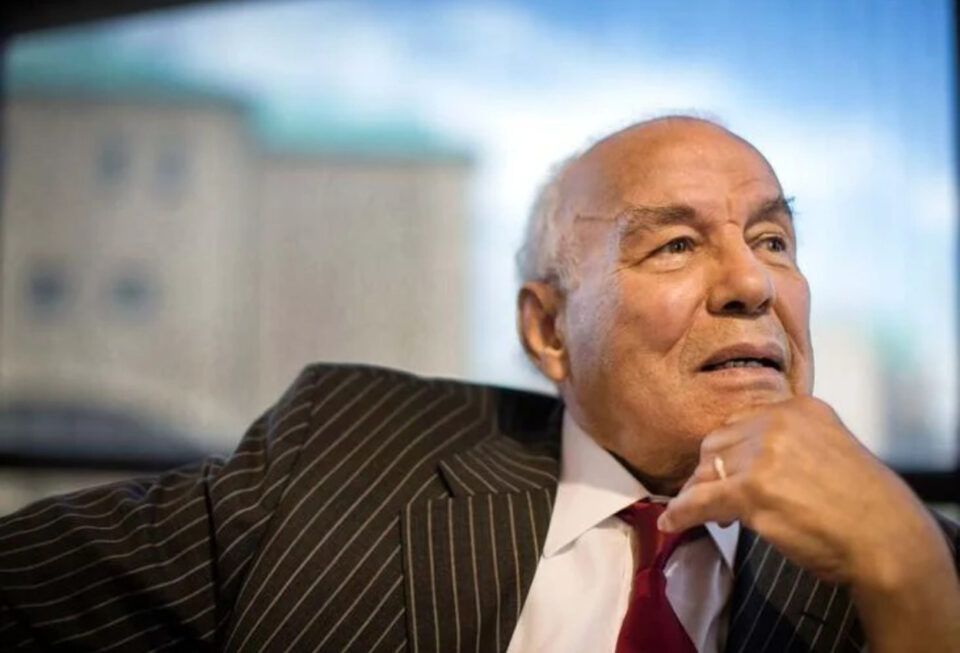 Loyola University New Orleans announced today that it will rename its largest residence hall in honor of the university’s first Black graduate, Dr. Norman C. Francis, president emeritus of Xavier University of Louisiana. Francis, who graduated from the Loyola University School of Law in 1955, is a former civil rights leader and one of the longest-serving and most successful university presidents in history.

“Norman Francis embodies everything we strive for here at Loyola,” said the Rev. Justin Daffron, S.J., interim president of Loyola.

“He and his late wife Blanche have set an example for us all, showing us how to live and love in the way the Gospels have taught us, with compassion, kindness, hope, courage, and service to others.”

Known for its great diversity and commitment to justice, Loyola New Orleans is the largest Jesuit, Catholic university in the South. This fall, “Loyola will permanently change the name of the building now known as Carrollton Hall to the Blanche and Norman C. Francis Family Hall,” Daffron said, in recognition of the Francis family’s many contributions to Loyola and Xavier Universities, the city, state, country, and Catholic Church. The symbolic move also signifies the university’s spirit of welcome and inclusion, values shared and lived by the Francis family.

A resolution passed by the Board of Trustees recognizes Dr. Francis for a “life and vocation distinguished by his selfless and successful service” in a variety of capacities and Blanche Francis, a generous volunteer for many organizations in New Orleans and beyond, for being “the take-charge mom who made it easy for her husband to be the take-charge president.”  The resolution also honors Dr. Francis’ military service, and the couple’s commitment to faith and family in raising their six children and 11 grandchildren throughout their 60 years of marriage.

A legend in American higher education, Dr. Francis served as president of Xavier University of Louisiana, the nation’s only historically black and Catholic university, for 47 years. He was a pioneering civil rights leader, fighting for desegregation throughout the deep south. In the aftermath of Hurricane Katrina and the catastrophic breaking of the levees in New Orleans, he served as chair of the Louisiana Recovery Authority, helping lead recovery during one of the most difficult times in city history.

Dr. Francis enrolled in Loyola’s School of Law in 1952 and went on to be the first Black graduate of Loyola University. His early career after law school included service in the U.S. Army and U.S. Attorney’s Office, then time as dean of men at his college alma mater, Xavier University of Louisiana, where he became deeply involved in the civil rights movement.

Dr. Francis served as president of Xavier from 1968 to 2015. He was the first Black and first lay president of the school, and the second African American to ever serve as president of a Catholic university in the United States.

“Dr. Francis believes that education is the true path to diversity, equity and inclusion,” Daffron said.

“Throughout his lifetime, he has worked to widen access and opportunity, so that all people may develop to their fullest potential.”

Among his many achievements, Dr. Francis has received the Presidential Medal of Freedom and the Laetare Medal from the University of Notre Dame. He has served as adviser to eight U.S. presidents on education and rights issues and received more than 40 honorary degrees, including an Honorary Doctor of Humane Letters from Loyola in 1982. He served on the Vatican’s Pontifical Council for Justice and Peace, the Board of Trustees for Catholic University of America, and the Board of Directors of the National Council for Interracial Justice, as well as 54 boards and commissions.

He received both Loyola’s Integritas Vitae Award in 1986 and the Adjutor Hominum Award in 1991 and is a former member of the Law Visiting Committee and Board of Regents. In 2012, the Black Law Students Association at Loyola presented him with the A.P. Tureaud Achievement Award. In 2015, Dr. Francis received the university’s St. Ives Award, the highest honor bestowed by the Loyola Law Alumni Association. He received an Honorary Doctor of Humane Letters from Loyola in 1982.

Dr. Francis’ impact on the world has been so great his portrait hangs in the Smithsonian Institution, and the City of New Orleans recently renamed one of its largest streets in his honor. On Monday, June 13, 2022, he received the 2022 American Spirit Award, the highest honor of the national World War II Museum in New Orleans.

He is featured in the recently released Lift Every Voice: A Celebration of Black Lives, a new book from the editors of Hearst magazines, Hearst Newspapers, and Hearst Television, which includes an introduction by Nikole Hannah-Jones and foreword by Oprah Winfrey. Local news anchor Christina Watkins of NBC-affiliate WDSU-TV shared an interview.