Lt. Richard Collins III Honored by University of Maryland after he was Murdered on Campus 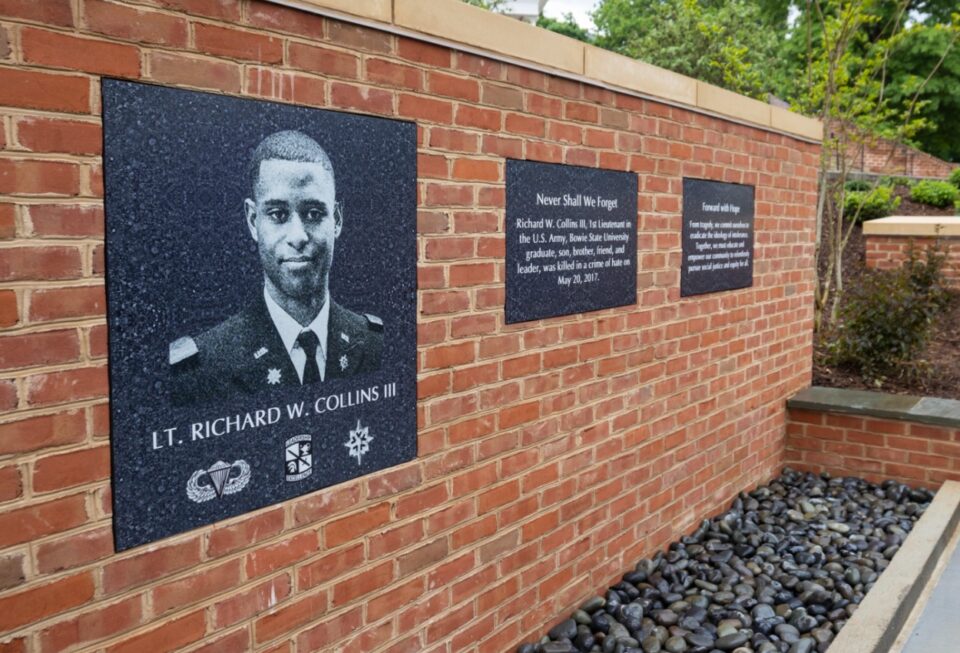 (Image courtesy of the University of Maryland)

The University of Maryland (UMD) dedicated a plaza in honor of Lieutenant Richard Collins III, who was murdered on campus in 2017 by a white man.

CBS Baltimore reports that Collins’ family witnessed the dedication of the plaza along with elected officials and friends of the army officer.

Collins, 23, was days away from graduating from Bowie State University and was visiting friends on the UMD campus when Sean Urbanski ran up to him and two friends at a bus stop and provoked Collins telling him, “Step left, step left if you know what’s best for you.”

Collins replied “no” as Urbanski continued to approach.

Urbanski then stabbed Collins in the chest with a knife. His friends called 911 and waited for authorities to arrive, but Collins was pronounced dead at a local hospital. Urbanski was charged and convicted of first-degree murder. Initially, the attack was not thought to be racially motivated, but authorities discovered he is a member of the white supremacist Facebook group “Alt–Reich: Nation,” according to NBC Washington.

Urbanski was convicted of first-degree murder and sentenced to life in prison for the stabbing in 2019 after the trial was delayed four times.

“May you never know the pain of what it is like to bury a child,” the Lieutenant’s mother, Dawn Collins, told CBS Baltimore

In October 2020, Maryland passed an anti-hate law that gives prosecutors the ability to secure a conviction against a person who commits a crime based “in whole or in substantial part” on a person’s race.

UMD also announced a scholarship will be named after the Lieutenant’s honor.

“Through our newly formed Alliance with our Bowie State colleagues and the establishment of the Lt. Richard Collins III Endowed Scholarship, we reaffirm our commitment to his legacy of service and social justice.”