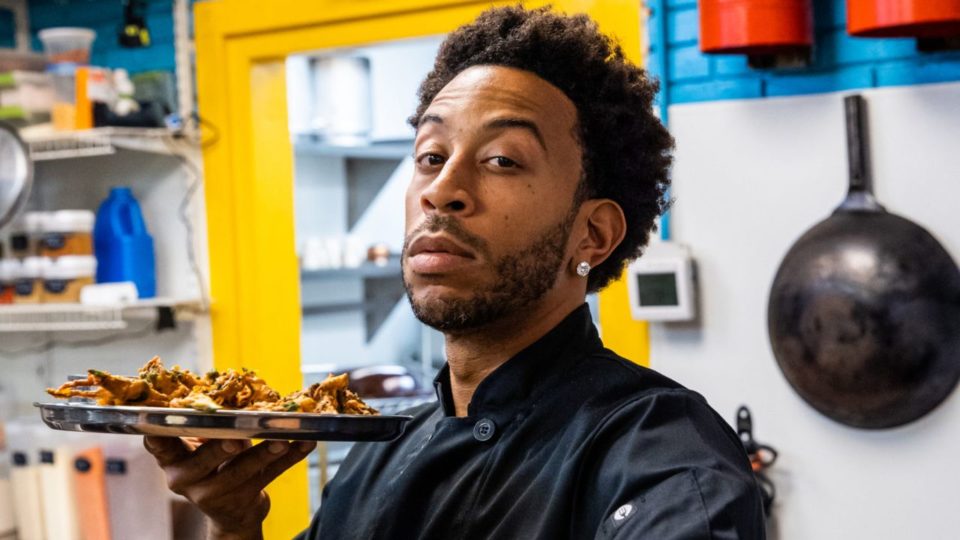 Hip-hop artist and Fast & Furious actor Chris “Ludacris” Bridges is throwing his hat into the food arena. The “Southern Hospitality” rapper, who is also a successful restaurateur, has admitted that he “can’t cook a lick.” So, he has announced that he is doing a one-hour discovery+ special series called Luda Can’t Cook.

The special, being produced by record-breaking producer Will Packer, will show the Georgia rapper being “schooled in the kitchen” by James Beard Award-nominated Chef Meherwan Irani to get his culinary game up with international flavors and techniques. Indian cuisine is a favorite of Ludacris’ and Chef Irani will be giving him a master class in the foundations, from layering spices to frying and braising and making curry.

Ludacris will then test his newly acquired culinary skills as he will cook and serve a menu of Indian dishes to a room full of VIPS, including his own mother, Roberta.

“I absolutely love food and have always appreciated the art of cooking, but I can’t lie—I have no idea what I’m doing in the kitchen,” said Ludacris in a written statement to BLACK ENTERPRISE. “I’m on a mission to change that and master one cuisine at a time—it’s going to be delicious.”

Luda Can’t Cook will start streaming next month on February 25th exclusively on discovery+. The series is being produced for discovery+ by executive producers Packer and Kelly Smith from Will Packer Media and Matt Kelly and Mike Sorenson from Anomaly Entertainment.

“The juxtaposition of a uniquely talented megastar like Luda against a backdrop that he has no real knowledge or skill set in makes for some highly entertaining shenanigans!” said Packer.