'Luv Shaq' Vodka by Shaquille O'Neal to Launch in 2013 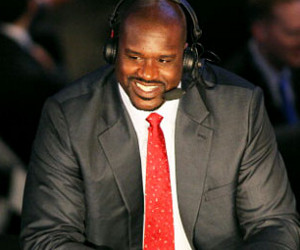 Four time NBA champion and all-star Shaquille O’Neal has attempted many careers since retiring. He’s been a rapper, a basketball analyst and a police officer, just to name a few. Never one to rest on his laurels, he’s now adding his own line of Vodka to his eclectic resume.

In a partnership with Devotion Vodka, O’Neal announced his vodka “Luv Shaq,” which is set to launch early next year. The bottles will feature Shaquille O’Neal wearing wings mid flight. “Luv Shaq” is gluten-free, coconut flavored and has no sugar in it.

O’Neal has made big entrepreneurial moves off the court since retiring. He was a pre-IPO investor in Google, owns several fitness centers, and multiple Five Guys burger franchises.Â  Shaq also reportedly owns equity stakes in Vitamin Water and Muscle Milk.