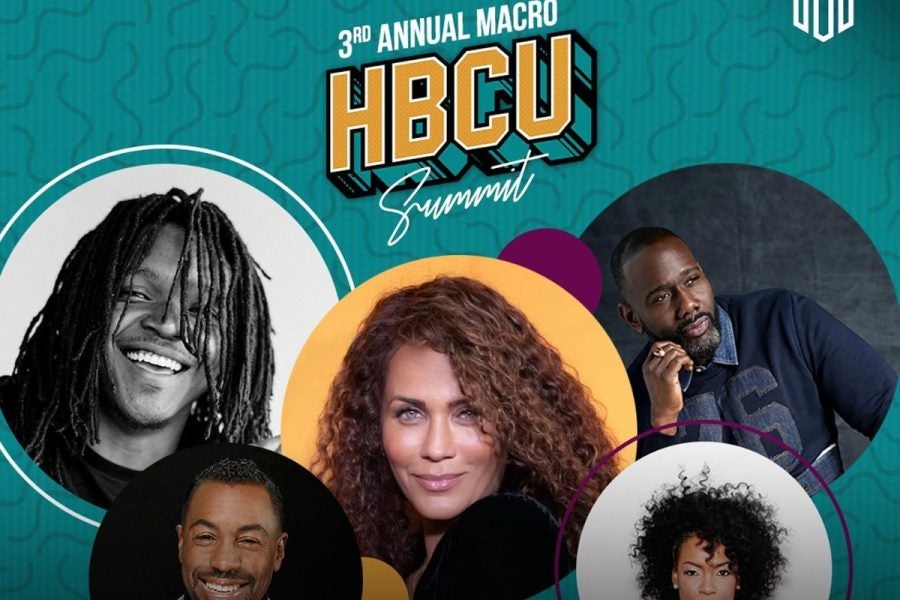 The Third Annual Macro X HBCU Entertainment Summit will be held in person in Atlanta beginning October 23 and the lineup has been announced.

The Macro X HBCU summit was first held on the Howard University Campus in 2019 with the  mission of engaging and educating students on careers and opportunities in the media and entertainment fields.

According to Deadline, this year’s summit will take place at Atlanta’s Atlantic Station. The summit will feature guest panels, programming, a pitch competition, a docuseries and a film screening. Food trucks will provide dining and beverages. The summit will also be available to HBCU students and the public via Tik Tok beginning noon Saturday.

The summit will begin with a professional panel including Jason Carter, the founder of ONE Musicfest, Michael Carney of Live Nation Urban, Rahshiene Taha, Vice President, and Head of Properties/IP Development at Live Nation, and Shavonne Dargan the Senior Vice President of Strategy & Marketing at CURATeD by Live Nation.

SheaMoisture will present Macro’s digital docuseries Watch Them Work, which follows two current HBCU students scholar-business owners on their professional journey. Live Nation will host a panel on the spectrum of careers in the live entertainment industry and offer insight on current roles.

The closing event for the summit will feature a screening of King Richard, a biographical Drama starring Will Smith, who plays Richard Williams, the father of Venus and Serena Williams and follows their journey from kids in Compton to becoming world champion tennis stars.