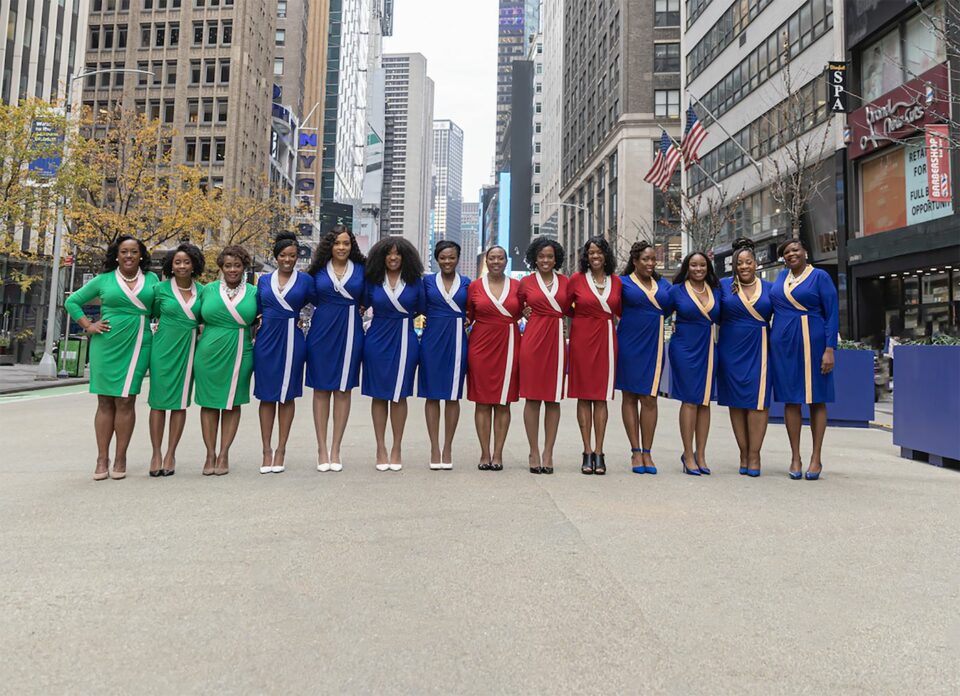 With a new collaboration, Macy’s is winning over sororities and representing Black-owned brands.

The retail giant has teamed up with clothing maker Kasper Group to fulfill the need of appropriate dress attire for sorority members. It was a common struggle for members of these organizations to find recognizable colors to match those with their group, and especially for chapter events and conferences.

Now, Macy’s is offering the Kasper Sorority Collection in more than 200 of the company’s roughly 500 brick and mortar locations. The sororities Zeta Phi Beta, Alpha Kappa Alpha, Delta Sigma Theta and Sigma Gamma Rho will each have at least five pieces per launch and women’s suits will debut next month, The Dallas Morning News reported. From trousers to dresses, Macy’s got your next sorority outing covered.

These efforts are part of Macy’s mission to tackle racial diversity within its highest ranks and to include more items from Black-owned brands. According to Bloomberg, WyQuasia King-Thomas, a director and buyer of day dresses at Macy’s, inspired the sorority collection. The 32-year-old Zeta soro had her own struggles shopping for sorority outfits, so she personally understood the market of Black sororities.

“We come in a variety of shape, sizes, curves and I understand the challenges we face when shopping,” King-Thomas told Bloomberg. “I know the need and the importance of this dress collection.”

The retailer is expecting to hit $10 million in sales this year through the support of its core demographic — middle-aged woman. In addition, Macy’s has pledged $1 million to bolster education and research foundations of the sororities.

The response to the new collection has online buzzing with pride and support.