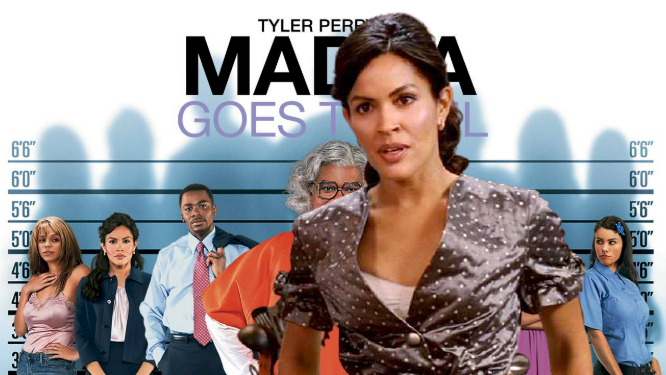 Actress Ion Overman appeared in the movie Madea Goes to Jail in 2009. Now, she may be starring in her own version of the movie.

According to The Atlanta Journal-Constitution, Overman is facing federal charges for filing a fraudulent application for Paycheck Protection Program (PPP), along with 18 other people who applied for the loans with Mark C. Mason Jr. They were all recently indicted in Georgia on charges they defrauded the Paycheck Protection Program for a total of more than $3 million.

19 people (actors & entertainers) in Georgia have been indicted on charges that they defrauded the PPP for a total of more than $3 million. Two of the 19 people included actor Ion Overman and producer Carlos Stephens. pic.twitter.com/5ctlRZhnXv

Besides Overman, the indicted include Carlos “Clos” Stephens, a music producer and consultant who has done work with Master P and Little Romeo; Dale Godboldo, an actor who appeared in The People v. O.J. Simpson, Thor and The Year of the Dog; and Marvin Lewton, a media personality known as OG Shadi Powers.

There were seven separate indictments that were each linked to Mason, the Atlanta-based business consultant who was paid a “success fee” of between 2 and 5 percent for each successful loan. He was charged independently but was also included in the six other lawsuits as an “unindicted co-conspirator.”

The defendants hail from all across the country, but since Mason and his businesses are based in Atlanta, all of the 19 defendants were charged by the U.S. Attorney’s Office in the Northern District of Georgia.