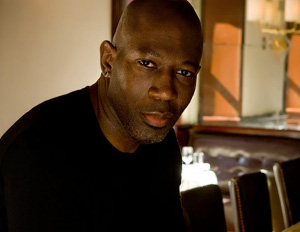 A trend that is growing in popularity is restaurants that specialize in one item or type of food. Recently, restaurants have opened that only serve chicken and waffles, hand rolls or meatballs for example.

Following this trend, Madison Cowan is opening Â Slide – a restaurant that specializes in sliders, shakes and cannoli. The British-born, Brooklyn-based restaurateur is a winner of both “Choppedâ€ and “Iron Chef,” popular shows on the Food Network.

The restaurant, located at 174 Bleecker Street, is Cowan’s first New York location. It’s owned by Alex and Leo Baskin, Robert Meller and Nick Mesce, with Cowan as consulting chef. The 1,800-square-foot space seats 50 in the dining room and features an 18-seat backyard garden. The sliders are made of ingredients such as pork belly, fried brussels sprouts, smoked duck, ostrich and wild boar.

Madison’s life has not been a typical career as it took him all over the US and to different parts of the world. At one point he was homeless and found chef Patrick Clarke in New York who gave him a place to sleep during a long cold winter. In 2010, Food Network selected Cowan as the first ever Grand Champion of their hit series Chopped when he won three consecutive episodes.

He currently has a new television series in development and has written his first book regarding his life. Additionally, he has recently been named Food Bank For New York City culinary counsel member, Doe Fund Ambassador and has signed on with both First Lady Michelle Obama’s Chefs Move To Schools campaign and Share Our Strength’s Cooking Matters, which provides nutritional guidance and education from professional chefs to public schools nationwide.