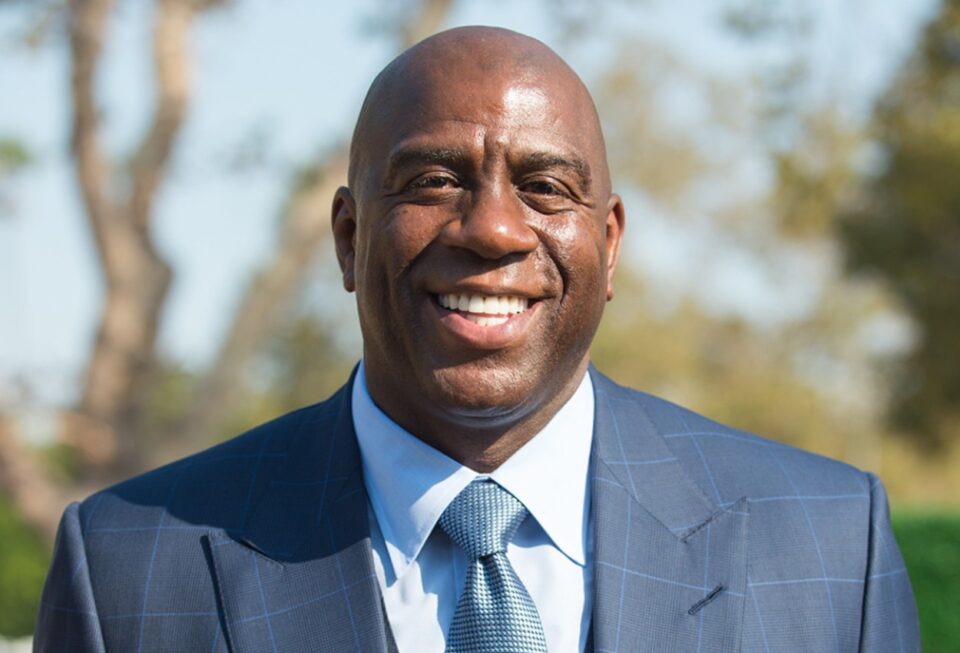 In a quest to finally have a Black team owner in the National Football League (NFL), Los Angeles Lakers legend Earvin “Magic” Johnson has thrown his hat into the ring!

According to Sports Illustrated, the entrepreneurial NBA Hall-of-Famer is joining a bid to purchase the Denver Broncos. Magic Johnson is reportedly joining a group being led by Philadelphia 76ers co-owner Josh Harris.

EXCLUSIVE: Earvin @MagicJohnson is entering the bidding for the Denver Broncos

He has joined the bid group being led by Philadelphia 76ers co-owner Josh Harris pic.twitter.com/SPCVFyrKjY

The Denver Broncos franchise was put up for sale earlier this year in February by the Pat Bowlen Trust. Bowlen purchased the franchise in 1984 and was the owner until his death in 2019. The anticipated price that the Broncos could be sold for is as much as $4 billion.

Magic is one of several prominent Black vying to become an NFL team owner.

NFL Commissioner Roger Goodell and Robert Kraft, owner of the New England Patriots, have reportedly been working to bring billionaire Robert F. Smith, 59, owner of Vista Equity Partners, a private-equity firm, to become the first Black to own an NFL team, the New York Post reported.

There is also Shawn Carter, Beyonce‘s husband, Jay-Z. According to Front Office Sports, in September it was reported that the hip-hop billionaire is a potential buyer as well. The former part-owner of the National Basketball Association’s Brooklyn Nets, Jay-Z will no doubt have to compete with other suitors.

The push to get a Black owner of an NFL team has been discussed over the past several years. That has intensified after a bombshell lawsuit filed by former Miami Dolphins head coach Brian Flores against the National Football League (NFL) and several teams for racial discrimination.